Click here for an introductory talk about graphene, given to the general public in Lancaster City centre.

Click here for an introductory talk about graphene, given to the local branch of the Institute of Physics.

My research lies in the area of theoretical condensed matter physics. I'm particularly interested in the electronic properties of nanostructures, graphene and other two-dimensional materials. In small structures at low temperature, the quantum mechanics of electrons can be very important: they display wave-like properties including interference effects. This topic - the behaviour of electrons in phase coherent structures - is called mesoscopic physics. In the 1980s and 1990s, mesoscopic physics was studied in metals and semiconductors, but, recently, novel mesoscopic phenomena have been discovered in new materials including carbon nanotubes and graphene. The focus of my present research is to understand how electrons behave in graphene and related materials, including bilayer graphene and graphene multilayers, as well as other two-dimensional materials.

My major contribution - with colleague Volodya Fal'ko - was to show that low-energy electrons in bilayer graphene are massive chiral fermions. Their properties are unique: a quadratic energy-momentum dispersion with an unusual type of chirality (connection between the direction of pseudospin and momentum). They have a peculiar energy level spectrum in a magnetic field, including a double-degenerate zero-energy Landau level incorporating two different orbital states with the same energy. This means that, taking into account spin and valley degeneracies, the zero-energy Landau level in a bilayer is 8-fold degenerate, as compared to the 4-fold degeneracy of other bilayer states and the 4-fold degeneracy of all Landau levels in a monolayer. This led to a joint publication with the Manchester experimental mesoscopic physics group, who observed that the sequence of plateaus in the density dependence of the quantum Hall effect conductivity σxy is different from that of Dirac-type quasiparticles in a graphite monolayer and of non-chiral carriers in conventional semiconductor structures. This experiment confirmed the low-energy theory.

We predicted that it is possible to open a band gap in the energy bands of bilayer graphene. Subsequently, I developed a simple model that describes how the charge carrier density and the gap are tuneable with a gate or with doping. This model is useful because it helps experimentalists to understand the effect of gate potentials on the band structure of bilayer graphene devices.

For an introduction to the theory of electrons in monolayer and bilayer graphene, see my tutorial-style paper (suitable for advanced undergraduate, masters or postgraduate students), published as a chapter in Graphene Nanoelectronics: Metrology, Synthesis, Properties and Applications, pages 237-275 (Springer-Verlag Berlin Heidelberg 2012).

The chiral nature of electrons in graphene suppresses backscattering and, thus, can be expected to cause weak antilocalisation and a positive weak-field magnetoresistance. However, this can be true only for purely potential scattering, while any violation of the hexagonal symmetry by static disorder in a realistic graphene sheet or by edges in a narrow wire tends to restore conventional negative magnetoresistance. We showed this by evaluating the dependence of the magnetoresistance of graphene on relaxation rates associated with various possible ways of breaking the high original symmetry of the system. The resulting formula has been used widely to analyse experiments. Recently, we modelled the influence of spin-orbit coupling on weak localisation in graphene.

With Mikito Koshino of Tohoku University, Sendai, Japan, I have modelled the electronic properties of graphene trilayers and multilayers. Their properties are sensitive to the way in which the graphene layers are stacked and the way in which external gate voltages, for example, break the layer symmetry. Please see my publication list for further details. In 2011, we organised two workshops, in Lancaster and Windermere, to promote UK-Japan scientific collaboration.

In the last few years, we've been fortunate enough to collaborate with experimental colleagues including the group of Jeanie Lau at University of California, Riverside, and the group of Alberto Morpurgo at the University of Geneva, Switzerland.

There are projects available in the theory and modelling of the electronic properties of graphene - see research interests for more information about active research topics. Please feel free to contact me at the above email address for further details. 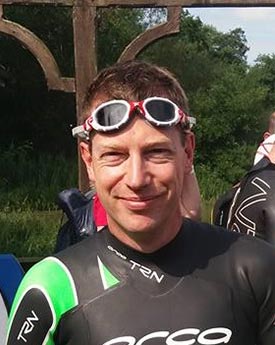