The Higgs boson!I am a member of the ATLAS collaboration since 2004. In July 2012 we found a new boson at a mass of 125 GeV that is a candidate for the long sought after Higgs boson! My interest is in the final state where the Higgs boson decays into two tau leptons which decay themselves hadronically. Establishing the decay of the new boson into fermions directly is important to characterise the particle. In addition this decay mode allows us to look at the CP properties of this boson: we know that there is not enough matter-antimatter asymmetry in the Standard Model to explain the universe and new sources are needed! Tracking and vertexing is of particular interest for me in this decay mode as tau leptons have a relatively long lifetime. A better understanding in this area will help to improve the mass resolution.

We also use the Higgs boson as portal to new physics beyond the Standard Model. New heavy Higgs-bosons or Randall-Sundrum gravitons may decay into two light (SM) Higgs bosons. While di-Higgs production is predicted by the Standard Model and can be used to determine the shape of the Mexican hat symmetry breaking potential an enhanced cross section may signal new physics.

The silicon tracker of ATLAS is another of my research interests. I already built endcap modules for the present SCT. A luminosity upgrade of ATLAS is planned and for this a completely new tracker is required. We are investigating radiation hard silicon for this upgrade. Cooling of silicon staves is another aspect of my research for the ATLAS upgrade.

I have also developed an interest into Muon Tomography, a new method to scan either large or dense objects. Find a background article on the discovery of a void in the Great Pyramid of Giza here.

For outreach within the experimental particle physics group I am extending the Lancaster Particle Physics Simulation (LPPP) to include Higgs boson branching ratios and the shape of the Higgs potential, and rewrite the software to work on tablets.

I am a member of the D0 experiment at the Tevatron at Fermilab. I have done a search for the Higgs boson decaying into a pair of W-bosons at this experiment. The Tevatron experiments were the first ones to show that there is no (additional) Higgs boson in the mass region around 160 GeV.

Academic Advisor for the 2015 cohort

Chair of the departmental Outreach Committee

responsible for the outreach programme of the department, see here 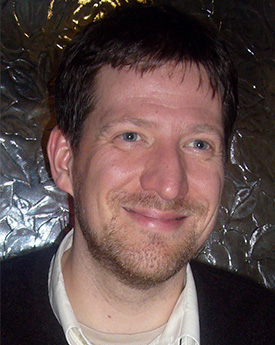