Jim Wild is a scientist studying the space environment and the links between the Sun, the Earth and other planets.

Jim studied for a degree in Physics with Space Science and Technology before completing a doctorate in solar-terrestrial physics at the University of Leicester. He is now the Professor of Space Physics at Lancaster University’s Department of Physics.

His research investigates the physics behind the aurora borealis (sometimes known as the northern lights), the impact of space weather on human technology and the interaction between the Martian atmosphere and the interplanetary environment. As well as exploiting an international flotilla of satellites, Jim’s research has regularly taken him to the high arctic to carry out experiments.

As a passionate science communicator, Jim has established himself as a popular speaker for public audiences and he also contributes to print and broadcast media. In 2010, he was awarded a Science in Society Fellowship by the UK Science and Technology Facilities Council.

Jim is a Fellow of the Royal Astronomical Society and a member of the European Geosciences Union and American Geophysical Union.

For the Royal Astronomical Society: The RAS was established in 1820 to promote the study of astronomy and geophysics (which has grown to include solar and solar-terrestrial physics, planetary sciences, astroparticle physics & astrobiology) and comprises nearly 3,400 Fellows and Honorary Fellows. I have contributed to the running of this prestigious learned society as follows:

For the Science & Technology Facilities Council

The impact of space weather on UK railways. This is an exciting opportunity to explore how changes in the near-Earth space environment are linked to potentially damaging electrical currents induced in the UK rail network. It will use measurements of variations in the Earth’s geomagnetic field and rail-monitoring equipment installed through in collaboration with a major UK rail infrastructure stakeholder. Space weather describes the changing properties of near-Earth space, which influences the flow of electrical currents in this region, particularly within the Earth’s ionosphere and magnetosphere. Space weather results from solar magnetic activity, which waxes and wanes over the Sunspot cycle of 11 years, due to eruptions of electrically charged material from the Sun's outer atmosphere. Particularly severe space weather can affect ground-based, electrically conducting infrastructures such as power transmission systems, pipelines and railways. Ground based networks are at risk because rapidly changing electrical currents in space, driven by space weather, cause rapid geomagnetic field changes on the ground. These magnetic changes give rise to electric fields in the Earth that cause geomagnetically induced currents (GIC) to flow to or from the Earth, through conducting networks, instead of in the more resistive ground. Railway infrastructure, safety-critical systems, and operations can be affected by induced electrical currents during extreme space weather. Studies of railway operations outside the UK have shown that induced and/or stray currents from the ground during strong magnetic storms result in increased numbers of signalling anomalies in track currents. Meanwhile, induced direct current flowing in overhead line equipment have the potential to stop train movement. In this project, you will investigate the level of GIC in UK rail infrastructure for the first time by undertaking a comparison of naturally-occurring geomagnetic activity with rail GIC measurements. The outcomes of this project will increase our understanding of the vulnerability of critical infrastructure to the space weather hazard. Applicants should hold a minimum of a UK Honours Degree at 2:1 level or equivalent in subjects such as physics or geophysics. Informal enquiries can be directed to Prof Jim Wild (j.wild@lancaster.ac.uk).

Impacts of Space Weather on the UK Railways
Oral presentation

Cafe Scientifique: Solar flares and northern lights: the beauty and danger of the Sun
Festival/Exhibition/Concert 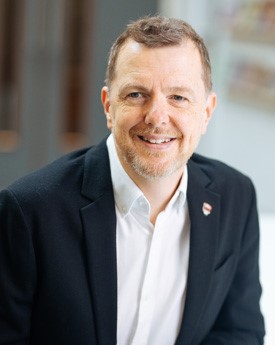