My past and present research interests include:

My most recent research focuses on the following themes:

An important question in particle cosmology is whether it is possible to explain inflation in the context of plausible extensions of the Standard Model, in particular those that are motivated by answers to other problems of the Standard Model, such as the origin of dark matter, the suppression of strong CP violation, the origin of the matter-antimatter asymmetry (baryon asymmetry), the nature of dark energy, and so on.

One approach is to consider the field which drives inflation (the inflaton) to be a scalar field which is non-minimally coupled to gravity. In the absence of such a coupling, the strength of the scalar particle's interaction with itself and with other fields has to be far smaller than those observed in conventional particle physics theories.

One possibility for non-minimally coupled inflation is to consider the Higgs boson as the inflaton. An alternative it to consider a scalar dark matter particle in a minimal extension of the Standard Model. This was first considered by the present author and his then PhD student, Rose Lerner. Such a model is a natural possibility, as the Standard Model does not possess a candidate for the dark matter particle. [R.N.Lerner and J.McDonald, "Gauge Singlet Scalar as Inflaton and Thermal Relic Dark Matter", Phys.Rev. D80 (2009) 123507.]

At present, together with my Ph.D. student Amy Lloyd-Stubbs, I am working on inflation, dark matter and dark energy in the context of the QCD axion model. The QCD axion is a minimal extension of the Standard Model which explains the suppression of large CP violating effects due to "strong CP violation", which would otherwise generate a large electric dipole moment for the neutron. The QCD axion also provides a natural dark matter candidate in the axion, a low mass scalar particle.

We first performed a preliminary study of the QCD axion-Higgs scalar potential, showing how the combination of the two-field classical potential and quantum corrections could generate significant new behaviour in the potential, including a new vacuum state which is almost degenerate with the electroweak vacuum - this could allow dark energy to be understood as the vacuum energy density due to a metastable electroweak vacuum - and the existence of inflection points in the potential in the Higgs direction - this could serve as a basis for "critical inflation", which is an alternative to non-minimally coupled inflation. In our first paper we focused on the possibility of dark energy due to quasi-degenerate vacuum states and its implications for axion dark matter. We showed that the existence of dark energy via quasi-degenerate vacua imposes a lower bound on the amount of axion dark matter which is very close to the observed dark matter density.

[Publication: "The KSVZ Axion Model with Quasi-Degenerate Minima: A Unified Model for Dark Matter and Dark Energy", A.Lloyd-Stubbs and J.McDonald, arXiv:1807.00778, to be published in Phys.Rev.D.]

The additional scalar also provides an alternative to the Higgs boson for non-minimally coupled inflation. This could provide a basis for a unified model of inflation, dark matter and dark energy, as well as a solution to the strong CP problem. We are presently investigating inflation due to the additional scalar in the context of non-minimally coupled gravity, including the metric and Palantini formulations as well as R2 corrections, and the post-inflation evolution of the model.

(ii) Dark matter due to Freeze-in

"Freeze-in" is a mechanism for the production of dark matter which can have a very low mass and be very weakly interacting with Standard Model particles. It is based on the slow decay of particles which are in thermal equilibrium in the early Universe, such as the Higgs boson, to particles that interact very weakly and so are out of thermal equilibrium. The first freeze-in dark matter model was due to the present author: "Thermally-generated Gauge Singlet Scalars as Self-Interacting Dark Matter", McDonald, J. , Physical Review Letters. 88 (2002), 091304.

(a) Clockwork Freeze-In: Freeze-in generally requires dark matter particles which are every weakly-coupled to Standard Model particles, and very light compared to the electroweak mass scale of the Standard Model. This raises the question of why their mass and coupling are so small. A new theoretical development which may be able to explain this is the "clockwork mechanism", which generates very small masses and couplings from a theory in which the non-zero masses and couplings are of a conventional magnitude. My research applied the clockwork mechanism to generate a scalar dark matter particle with very small mass and very small coupling to the Standard Model via the Higgs portal interaction. It was shown that the model can quite naturally generate of the observed dark matter density via freeze-in, and that the model typically predicts a dark matter particle mass of around 1 MeV. In addition, if the mass of the clockwork scalars is less than half the Higgs mass, then clockwork scalars could be produced via Higgs decay at particle colliders, allowing the model to be experimentally tested.

(b) Ultra-Violet Freeze-In: A variation of freeze-in is "Ultra-Violet Freeze-in", where dark matter is generated at the reheating temperature, which is the temperature at which the Universe enters the conventional Hot Big Bang era following inflation. An important question is the form of the momentum distribution of the dark matter. This plays a critical role in the question of whether the resulting matter can play the role of Warm Dark Matter (WDM), a form of dark matter in which the particles move faster than usual and can modify the process of galaxy formation, which appears to fit better with observations of the dark matter halos of galaxies than conventional Cold Dark Matter (CDM). My research considered singlet fermion dark matter particles produced by annihilation of Higgs bosons via the fermionic Higgs portal interaction at the reheating temperature, and derived their momentum distribution relative to that expected for conventional thermal WDM. It was shown that the mass of the dark matter particle is larger than that predicted for a conventional thermal fermion (5-7 keV compared to 2-3 keV for thermal), while the momentum distribution of the fermion singlets is quite different from that expected for a thermal fermion, being close to that of a thermal boson.

Inflation models based on conventional particle physics theories are possible if there is a non-minimal coupling between the scalar field responsible for inflation and gravity via the Ricci scalar. The resulting models are in excellent agreement with measurements of the CMB by the Planck satellite, reproducing the observed spectral index within experimental error and consistent with the upper bound on the amount of gravitational waves generated during inflation (the tensor-to-scalar ratio). However, the models are based on a relatively low energy density during inflation with a flat inflaton potential, which does not explain how the inflationary state was produced in the first place. My recent research has explored two alternative strategies to explaining the smooth state necessary to start inflation (1) via chaotic initial conditions and (ii) via an early contracting Universe era. It was shown that in both cases the necessary modifications of the non-minimally coupled inflation model can produce observable modifications of the spectral index and, in the case of chaotic initial conditions, of the prediction for the tensor-to-scalar ratio. 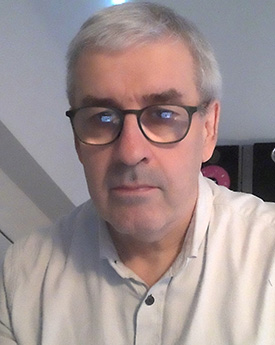