My research concentrates on distant star-forming galaxies and the evolution of the members of rich galaxy clusters. I am co-PI of the QSO Sightline And Galaxy Evolution survey (QSAGE), a 96 orbit Cycle 24 Hubble Space Telescope program. QSAGE uses the light from distant accreting black holes to probe the gas in the outskirts of galaxies, in order to discover why galaxies were forming stars at a much higher rate in the past and the nature of feedback processes. I am a core member of the KMOS Redshift One Spectroscopic Survey (KROSS) a resolved Halpha survey of 800 typical star-forming galaxies at redshift 1. An up to date list of my publications on NASA ADS can be found here and my Google Scholar page is here

The quenching of galaxies in massive clusters:

As the Universe ages, galaxies find themselves drawn together into filaments, groups and clusters. Galaxies entering these dense environments can experience processes which ultimately lead to a dramatic change in their appearance and internal properties. This project will discover how galaxies are transformed (`quenched’) from blue star-forming spiral discs (like our own Milky Way) into passive red elliptical galaxies, through interactions with their environment.

This PhD project will be a detailed study of galaxy transformation with environment, comparing those in massive galaxy clusters to the low density "field" environment. You will use spectroscopy and imaging from Hubble Space Telescope, Very Large Telescope, Subaru telescope and the revolutionary Legacy Survey of Space and Time (LSST, https://www.lsst.org/). The results of this project will be physically interpreted through comparison with the outputs from state-of-the-art cosmological simulations of galaxy formation.

Galaxy clusters in the Big Data era with LSST:

Galaxy clusters are the largest gravitationally bound objects in the Universe, consisting of tens to thousands of galaxies within a relatively small volume. They are used extensively as laboratories for galaxy evolution, as they contain galaxies that have experienced a similar environment and processes over many billions of years. They are also key cosmological indicators with the evolution of the number of galaxy clusters of a given mass being very sensitive to the Dark Matter content of the Universe. Because of their importance for both astrophysics and cosmology it is desirable to obtain large, well understood samples of galaxy clusters over a range of redshifts. The Legacy Survey of Space and Time (LSST, https://www.lsst.org/) is an imaging survey performed with the Rubin Observatory that will discover thousands of new galaxy clusters, providing such a sample. It will image the entire southern sky with an 8.4m telescope every few nights for 10 years, producing 200 petabytes of imaging data. This will be the state-of-the-art for optical surveys for many years to come.

This project aims to further develop pre-existing algorithms and machine learning code to identify large numbers of distant galaxy clusters within the LSST survey. These algorithms will be run on existing comparable, but smaller area surveys, and the early-phase of LSST that will begin operation in 2022. The algorithms will be designed so that they can be scaled-up to deal efficiently with the full size of the main LSST survey. The cluster samples generated here will also be used to study the evolution of galaxies in dense environments and potentially cosmology.

These PhD projects represent just two component of the research performed by the wider Astrophysics group at Lancaster University. Our PhD projects are offered on a competitive basis and are subject to availability of funding. 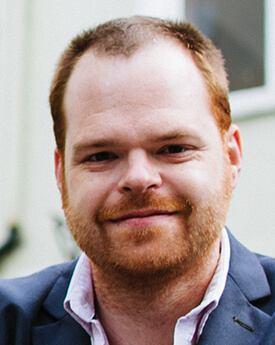