My research area is Particle Cosmology. Cosmology is the study of the Universe as a system. Modern Cosmology is based on the Hot Big Bang (HBB) model, which provides a successful description of the Universe history as far back as the first second of its existence. However, the HBB leaves many questions unanswered. The answers hide in the elusive primordial era, when the Universe was so dense and hot that its evolution was determined by High Energy Physics phenomena. In fact, since the energy scale of the cosmology in the Early Universe is much higher than the scale of electroweak unification, one needs to employ Physics beyond the Standard Model to investigate the remaining mysteries. Particle Cosmology uses what is known or conjectured about the fundamental interactions in the context of Particle Theory for the study of the Early Universe.

One of my main areas of research is Cosmic Inflation. This can be defined as a period of accelerated expansion of space in the Early Universe. Inflation is a compelling solution to the problems of the HBB that have to do with why the Universe appears to be so big and so uniform on very large scales. It also provides an elegant way to generate the small perturbations in the density of the Universe, which are necessary for the formation of structures such as galaxies and galactic clusters. The existence and the characteristics of these Primordial Density Perturbations (PDP) have been observationally determined because they reflect themselves on the Cosmic Microwave Background radiation (CMB) by generating anisotropies and polarisation.

My research regarding Inflation aims to construct and study the dynamics of realistic inflationary models based on Particle Theory. I am also interested in the generation of the PDP during Inflation, which can be explored by investigating the behaviour and evolution of suitable fields, belonging to simple extensions of the Standard Model. These fields may or may not be related to inflationary expansion itself (if not they are called Curvatons). At this level there is also considerable interface between cosmology and String Theory, Branes and Large Extra Dimensions. It should be noted that recent, precise CMB observations from the Planck satellite, have confirmed the basic predictions of Inflation. Hence, Cosmic Inflation is now considered a necessary extension of HBB cosmology.

Another open issue for cosmologists today is the recent observation that the Universe seems to be engaging into an era of accelerated expansion at present. This is attributed to a mysterious Dark Energy substance, whose nature and origin is unknown. The simplest choice of Dark Energy is a Cosmological Constant. However, such a constant has to be incredibly fine-tunned (by more than a hundred of orders of magnitude) to explain the observations. Alternatively, it has been suggested that the Universe is undergoing a late period of inflation, driven by a scalar field called Quintessence; the fifth element after Dark Matter, neutrinos, photons and baryons. In my research I concentrate on the possibility that the field that drives Cosmic Inflation in the Early Universe is the same with Quintessence. The study of such Quintessential Inflation is not only economical but has the advantage of using a single theoretical framework to determine the global evolution of the Universe from extremely early times until the present. As such, information from Dark Energy observations may shed some light in early Universe physics at high energies. Also, the fact that the electroweak energy scale (probed by collider experiments such as the LHC) is roughly the geometric mean of the Planck energy scale (corresponding to gravity) and the Dark Energy scale implies that, through quintessential inflation, it is possible to obtain feedback from the early and late Universe on particle physics phenomenology.

Another area of my research is the possible generation of large-scale Primordial Magnetic Fields (PMFs) in the Early Universe. Such fields can be responsible for the observed intergalactic magnetic fields as well as the magnetic fields of the galaxies themselves. One can generate PMFs only in out-of thermal equilibrium conditions, because they break isotropy. Such opportunities exist during Phase Transitions in the Early Universe (at the breaking of symmetries of the fundamental interactions) and during Cosmic Inflation (when the Universe is supercooled because any preexisting entropy is inflated away). In my research I investigate how the process of particle production during inflation can generate primordial magnetic fields which are strong and coherent ehough to explain galactic and inter-galactic magnetism.

My research aims to apply the latest developments in fundamental physics to the model-building of inflation and dark-energy in connection to present and future observations.

- Cosmic Inflation in the early Universe Cosmic Inflation is a period of superluminal expansion of space just after the Big Bang. It is fixing the initial conditions of the Universe history, in that it makes the Universe large and uniform. Additionally, inflation generates quantum-mechanically the controlled violation of uniformity necessary for the build-up of structures such as galaxies and galactic clusters. Inflation is under new light due to the recent cosmological data, such as the Planck CMB observations. Several families of inflationary models are now excluded, while new research on the favoured models overlaps with concerns over the stability of the electroweak vacuum (Higgs inflation) and the UV completion of gravity (R^2 inflation). The discovery of gravitational waves has ignited new interest in detecting primordial gravitational waves, quantum generated during inflation, which are a smoking gun for inflation theory, and motivates forthcoming missions (e.g. POLARBEAR). - Quintessential Inflation and Dark Energy Observations suggest that the Universe at present is engaging anew in a period of late time inflation, determined by a mysterious substance called dark energy, which makes up about 70% of the density budget of the Universe today. Dark energy can be modelled similarly to primordial inflation, through a substance called quintessence. Quintessential inflation is the effort to economically treat dark energy and primordial inflation in a common theoretical framework. As such, quintessential inflation connects not only with primordial inflation data but also with imminent future dark energy observations (e.g. EUCLID), which can provide information on early Universe physics at very high energies, well beyond the reach of Earth based experiments. Moreover, quintessential inflation can exploit the famous scale mystery, whereby the scale of electroweak physics, which is explored in collider experiments such as the LHC, is roughly the geometric mean of the Planck energy scale, which is associated with gravity, and the dark energy scale. This implies that observations in the early and late Universe can be used to shed some light on particle physics phenomenology.

The Lancaster, Manchester, Sheffield Consortium for Fundamental Physics: Particle Physics from colliders to the Universe
01/10/2020 → 30/09/2023
Research 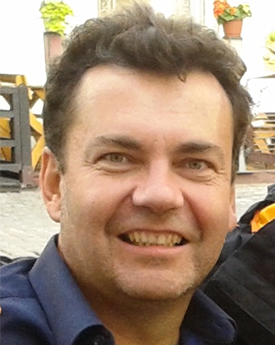