Particle physics is inherently a fascinating area of research that underpins our understanding, such as it is, of the universe, from the mundane to the exotic: what's in it, what are the forces that bring different pieces together, what are the properties of both the forces and the particles. Within this kaleidoscope, the most elusive, and thus the least well-understood particle, is the neutrino. My work focuses on understanding neutrino properties and behaviour, from neutrino interaction cross sections, to neutrino flavour-changing or oscillations, to explorations of whether a neutrino is its own antiparticle.

At present, I participate in three neutrino experiments.

I have acted as a panel member on the STFC Particle Physics Grants Panel (PPGP-E).

I have been involved in the Institute of Physics in the following roles.

My students and I work on data analysis from the T2K long-baseline neutrino oscillation experiment, as well as calibrating the detector to ensure that data quality remains high. Future physics projects could include using the T2K Near Detector (ND280) to perform a neutrino interaction cross section on lead, or involvement in the ND280 data analyses that act as input to our measurements of the neutrino oscillation parameters and of possible CP violation (matter-antimatter asymmetry) in the lepton sector. There also is a possibility to work on the SNO+ experiment, where I've been working on understanding the backgrounds to the neutrinoless double-beta decay signal. If observed, neutrinoless double-beta decay would demonstrate that neutrinos, unlike any other matter particles, are their own antiparticles. See the Experimental Particle Physics Group page for a list of current PhD projects: http://www.lancaster.ac.uk/physics/research/particle-and-accelerator-physics/experimental-particle-physics/

Neutrinos are not ice-cream! And other quantum nursery rhymes
Public Lecture/ Debate/Seminar 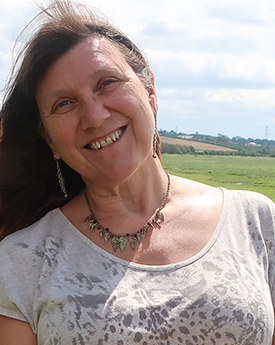