Rich Haley is an experimental low temperature condensed matter physicist. His research portfolio runs from blue-skies work in superfluid helium-3 at world-record low temperatures through to the technology transfer and knowledge exchange of refrigeration, instrumentation and ultra-sensitive measurement techniques to partners internal and external to Lancaster University, both academic and industrial.

Lancaster Low Temperature Physics exploits bespoke cooling technology to carry out fundamental work on the properties of helium-3, the light isotope of helium, which forms a unique superfluid liquid where friction vanishes and all atoms are in the same quantum-mechanical state. This is the purest and most complex system for which we already have the "Theory of Everything", and has an internal structure that mirrors that of space-time itself. Consequently, as well as being an ideal analogue for almost everything in condensed matter physics, superfluid helium-3 can be used to simulate cosmological phenomena such as black holes.

With a reputation for developing techniques to achieve the lowest possible temperatures, the group is currently leading efforts to cool on-chip nanofabricated systems to the sub-millikelvin regime. Meeting this challenge will open up a new frontier regime for devices such as qubits and quantum-engineeered sensors.

Rich gained his doctorate at the University of Manchester, working on superfluid helium-3, and then worked as a postdoc at the University of Florida performing ultra-low temperature measurements on solid helium. He returned to the UK at the end of 1997 to take up a postdoc in the Lancaster Ultra-Low Temperature group, and in 2002 was awarded a Royal Society University Research Fellowship, extended to 2010. Rich was Head of Low Temperature Physics 2014-18, and led the IsoLab facility build, becoming its Inaugural Director in 2017.

Please contact me if you are interested in a PhD in low temperature physics. We offer a range of projects including: experiments on superfluid helium-3 at world-record low temperatures close to absolute zero; fabricating and cooling nano-electronic and nano-electro-mechanical devices for fundamental science and new quantum technologies; development of new cooling techniques to push the boundaries of the lowest achievable temperatures.

Interdiciplinary workshop on fluctuations and coherence: from superfluids to living systems
01/04/2011 → 31/03/2012
Research 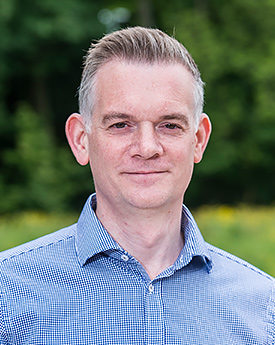