My research interests lie in the intersection of relational sociology, Mediterranean history and medieval studies. I have refined new methodologies based on prosopography, diplomatics and digital humanities. My forthcoming monograph draws on my doctoral research to illustrate and reassess the often overlooked role of the Italo-Norman upper aristocracy, where I explain the shifting composition of the nobility in southern Italy and offer a new understanding of how territorial leaderships operated under the Sicilian kingdom. I am currently working on medieval Sardinia's society and its autochthonous textual practices.

I am carrying out research on medieval Sardinia and the understanding and representation of its society and political autonomy, as part of the AHRC-funded project 'Power, society, and (dis)connectivity in medieval Sardinia'. To this day, little is known of the island’s socio-political dynamics during the central Middle Ages (late tenth to twelfth centuries A.D.), and, in the light of the available chartulary evidence, a reconsideration of the four independent Sardinian kingdoms (the so-called giudicati) is necessary. The particular interest of my research is, evidence-wise, in charters, diplomas, condaghes and other Sardinian documentary sources, especially their capacity to express and invent mechanisms of social control, from ideological to economic and military. Thematically, I am interested in these polities and their effective authority; namely, how the giudicati tended the social networks which kept their power up and running. My research seeks to elicit the social and political relations between the rulers, the rural elites, small landholders, and the wider population to offer a new explanation of networked and negotiated modalities of power and social interaction.

I received my Licentiate (5-year programme) in Political Sciences and Public Administration at the National Autonomous University of Mexico (UNAM). I then graduated from the Central European University, in Budapest, gaining a distinction in the double MA in History and Interdisciplinary Medieval Studies, and being awarded both the Pro-Rector’s Academic Excellence prize and the Zvetlana-Mihaela Tănasă Annual Excellence Award for my dissertation. I took up the post of University Research Scholar at the University of Leeds in 2013, conducting my PhD studies in the Institute for Medieval Studies and the School of History. At Leeds, I received a CONACYT Overseas scholarship, was awarded the annual extraordinary research prize, and served as the elected president of the Mexican Society of the University Union. I was admitted to the degree of Doctor of Philosophy in 2018. I began my postdoctoral research on Medieval Sardinia, first as Visiting Research Fellow at the Leeds Arts and Humanities Research Institute, and then as an Award-holder at the British School at Rome. 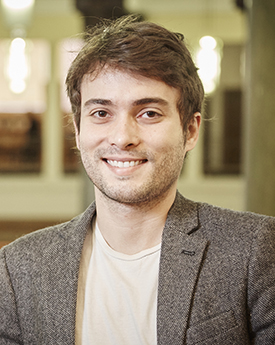