See https://www.maths.lancs.ac.uk/~choiy1/pubmath/papers.html for my papers.

I am interested in a range of topics and problems on the interface between algebra and functional analysis. This tends to be driven by particular families of examples, but my preference is for finding general frameworks that unify common features of these examples, once one has investigated individual examples in depth.

In recent years I have worked intensively on various aspects of the Fourier algebras of locally compact groups: studying these objects involves a blend of (non-commutative) harmonic analysis and representation theory. Many of the developments over the last 20 years or so use the tools, or are guided by the philosophy, of the theory of operator spaces and completely bounded maps -- these may be thought of as enriched versions of Banach spaces and linear maps between them, where one allows matricial coefficients and not just scalar ones.

I am also interested in algebras of convolution operators arising from the canonical representation(s) of a group G on the Banach space Lp(G). When p=2 there is a rich theory available, from the world of C*-algebras and von Neumann algebras; for other values of p many basic structural questions remain unresolved, even for very explicit examples such as G=SLn(R) or SLn(Z).

Mahmood Alaghmandan, 2013. (Supervised at the University of Saskatchewan, Canada, joint with E. Samei)

I would be interested in taking new PhD students for a 2021-22 start. I am keen to hear from applicants with a strong background in functional analysis. Some previous exposure to representation theory of groups or the general theory of (matrix) Lie groups would be desirable.

Here are three possible areas in which I am willing to supervise: each of these is not a specific PhD project, but a setting in which there are various possible research problems that a student could work on. If you would like to know more, then please feel free to get in touch.

Themes 1 and 2 are likely to require some prior exposure to the basic theory of C*-algebras. However, some of the necessary background can be learned in the initial stages of the PhD, and depending on the individual strengths of an applicant there may be particular projects that require less functional-analytic machinery; some questions may be suitable for those with solid basic analysis and interests in the representation theory of finite groups.

It is possible that you are reading this and have had some exposure to various structural properties of Banach algebras known as "approximate amenability", "character amenability", or "module amenability". I will not, for the foreseeable future, supervise on any of these three, nor on any hybrid of these.

An introduction to non-amenability of B(E)
Invited talk

Some results on direct finiteness of group algebras
Invited talk 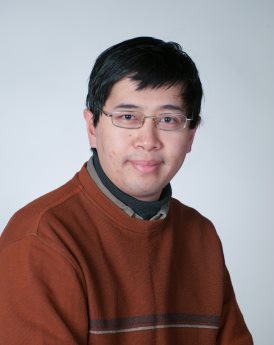