In 1998, College Treasurer Dr Henry Huddart wrote a short history of Grizedale College. You can read his words in full below. There have certainly been a lot of changes since 1998!

Although Grizedale opened its doors to our first batch of students in October 1975, the planning of the college had already been in hand for two years. The site chosen was the south end of the campus, just beyond the new Pendle College which opened the year before Grizedale. This is the ‘Murder Lane’ site, where Elizabeth Nelson was murdered in the last Century ‘defending her chastity’ – her memorial stone is in the college quadrangle. As was the custom then, an existing college acted as ‘parent’ to a newly proposed college, and in our case it was Lonsdale. The planning committee, called the ‘shadow syndicate’ was largely formed from existing senior members of Lonsdale and it was from these that the first batch of college officers was formed, under the chairmanship of the proposed new Principal, the Rev. Paul Warren, the University Anglican chaplain. 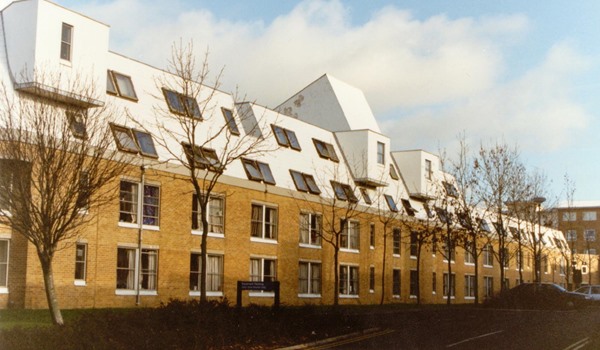 The college was built at a time of severe financial constraint (at one point the college was nearly cancelled) which explains the small size of the study bedrooms, the lack of any exterior adornment and the total penury of the new college. Despite these impediments, the college quickly flourished under the inspired leadership of Paul Warren and the college officers. Being a small college (250 bedrooms) in what was then a very remote location on the Bailrigg campus (since it straddles Murder Lane the college is actually in Ellel NOT Bailrigg) then engendered a feeling of fierce loyalty and independence amongst our students. Our major advantage was the outstanding trading success of our college Bar, under the direction of Nora Harriman our stewardess, which quickly transformed us into an affluent College, which enabled us to correct some of the deficiencies in our premises. 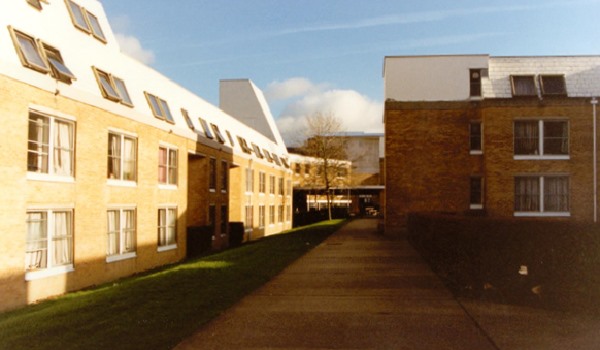 Our most momentous occasion was the decision of the University, (prompted by several Grizedale college officers), to build a new Pendle college on the field behind Grizedale (terminating our traditional bonfire and blow out on Nov 5th). The incorporation of the ‘old Pendle’ buildings into Grizedale doubled the size of the college overnight, but without any increase in resources to cope with the new influx.

Across the Campus, Grizedale is regarded as a shining example of a well-managed college. From the outset, the college officers ran the college on the principle of collective cabinet responsibility, which certainly annoyed centralises such as Sir Christopher Audland in his (largely failed) proposals for college management. 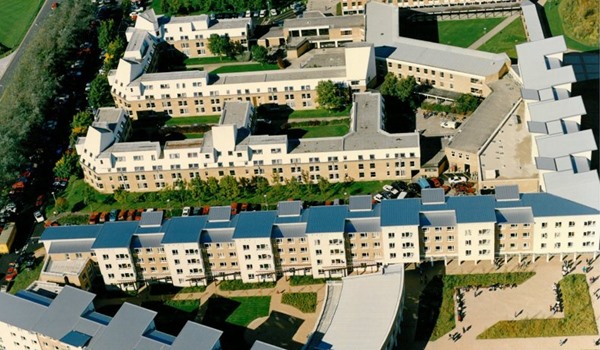 We have been exceptionally fortunate in our college officers. In 23 years we have only had four Principals, Paul Warren. Bob Bliss (15 years), Jim Wood and Stan Cinnamond. We are also noted for the longevity of our other college officers, one syndicate secretary lasted 19 years, one licensee 20 years, a treasurer 15 years.

A remarkable feature of Grizedale has been the excellent relations with our JCR. In 43 years there have been no senior/junior disputes – in fact, on one occasion syndicate passed a motion of no confidence in the Vice-Chancellor (Sir Charles Carter) which was passed unanimously! Such is the independence of spirit in Grizedale College.

There have certainly been a lot of changes at Lancaster since 1998, and Grizedale College has gone from strength to strength. One of the biggest changes you will notice is that none of our accommodation looks anything like any of the pictures above! Indeed, our brand-new townhouses are the envy of many of the other colleges, and regularly win prizes in national student housing awards!

We're currently in the process of putting together an updated history to bring you from 1998 to the present day. Check back again soon to find out about the latest chapter in our history. 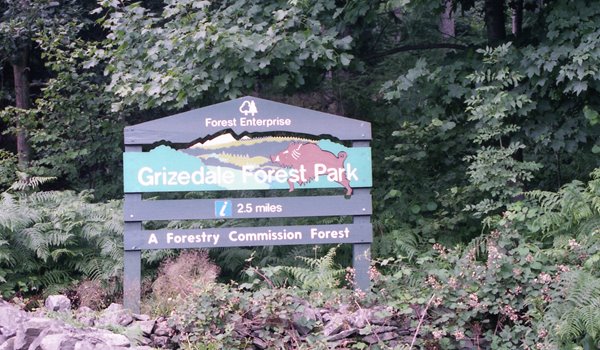 Useful Links
Connect with us