Three Lancaster University PhD students have presented their research at a major scientific poster competition held in the Houses of Parliament.

Eleanor D’Arcy and Callum Murphy-Barltrop, who are both students at Lancaster’s STOR-i doctoral training centre, and Lauren Owens, who is studying for a PhD in Biomedical and Life Sciences, were finalists in the STEM for Britain poster competition and exhibition, organised by the Parliamentary and Scientific Committee.

Their posters were selected from hundreds of applications from early stage or early career researchers and were shortlisted for the final of the competition and the honour of showing their work to politicians and a panel of expert judges at the Houses of Parliament.

Eleanor and Callum were finalists in the Mathematics category.

She said: “Consequences of coastal flooding can be drastic, so it is fundamental that coastal defences can be built to withstand the most extreme sea levels, but also in a cost effective manner. This work uses ideas from extreme value theory to develop a statistical model that reflects the realism of sea level processes, and our results show an improvement on existing methods.

“Being selected as a STEM for Britain finalist is one of the highlights of my career so far. I feel truly honoured to present, and discuss my research, with Members of Parliament and Government officials. Given the potential impact of my work, and the urgency of climate change concerns and rising sea levels, it was highly beneficial for me to gain an insight into how Parliament deals with such scientific issues. I’d like to thank my supervisor, Jonathan Tawn, and the entire STOR-i community, especially Adam Sykulski, for their support with my application.”

Callum’s work, in collaboration with the Office for Nuclear Regulation, focuses on the development of a novel statistical methodology for modelling the combinations of extreme natural hazards, such as hot temperatures, low humidity and high winds, that are relevant to nuclear sites.

Callum said: “I applied to STEM for Britain because I believe in the importance of bridging the gap between policymaking and high-quality scientific research. My research has a heavy focus on climate change, and I used the poster session to illustrate some of the potential consequences that could occur if urgent action is not taken to address the ongoing crisis

“I'm absolutely delighted to have been selected as one of the ten finalists in the mathematical sciences category of the STEM for Britain competition. It's an incredible feeling to see your own research being recognised and celebrated on such a big stage, and it was an honour to present my work at the Houses of Parliament. I'd like to thank Adam Sykulski for his encouragement and helpful comments on my entry, as well as my supervisor Jennifer Wadsworth for her constant support and guidance throughout the PhD process.”

Professor Jonathan Tawn, Director of Lancaster University’s STOR-i Doctoral Training Centre and Distinguished Professor of Statistics, said: “We are really proud of Callum’s and Eleanor’s achievements in being selected as finalists for this prestigious STEM for Britain event.

“In the STOR-i Centre for Doctoral Training in Statistics and Operational Research all students’ research work is focused on making impact in projects of high importance to industry and society. We also equip our students with the skills to be effective communicators of their research so it is great that Callum and Eleanor have really successfully combined these skills through the selection process. Their research will have a substantial effect on future engineering design to ensure protection of UK nuclear facilities and coastal towns against extreme weather events by changing current practices. To have such impact in their early research careers is really impressive.”

Lauren Owens was a finalist in the Biological and Biomedical Sciences category.

The research that her poster was based on covers recently published work from the lab at Lancaster University. One of the well-established theories of Alzheimer’s is that the accumulation of toxic protein fragments, called amyloid beta peptides, in the brain are responsible for the disease. However, Lauren’s research suggests that the depletion of a related but beneficial fragment, called sAPPalpha, was more responsible for the toxicity observed in cell models of Alzheimer’s. The research adds weight to the argument that restoring sAPPalpha levels might represent an effective treatment for Alzheimer’s disease.

Lauren, whose work is supported by Defying Dementia, said: “I am extremely grateful for the opportunity to present at the House of Commons. It was a great experience and gave me the chance to share my research with a diverse audience, including MPs. I would definitely recommend it to any other early career researchers.”

Dr Edward Parkin, Senior Lecturer in Lancaster University’s Faculty of Health and Medicine, said: “Lauren is a Faculty Funded PhD student and this type of success exemplifies just how effective such schemes can be in recruiting high calibre research students to projects such as this, which benefit from collaborative team supervision by members of the Faculty. In addition to the publication linked to the parliamentary presentation, Lauren already has a first authorship on a review article and is a named author on another research article from the Division of Biomedical and Life Sciences and, because of her contributions to several other projects, is likely to be a named author on several more publications over the next couple of years.”

“This annual competition is an important date in the parliamentary calendar because it gives MPs an opportunity to speak to a wide range of the country’s best young researchers.

“These early career engineers, mathematicians and scientists are the architects of our future and STEM for BRITAIN is politicians’ best opportunity to meet them and understand their work.”

Details of the competition can be found here: https://stemforbritain.org.uk/ 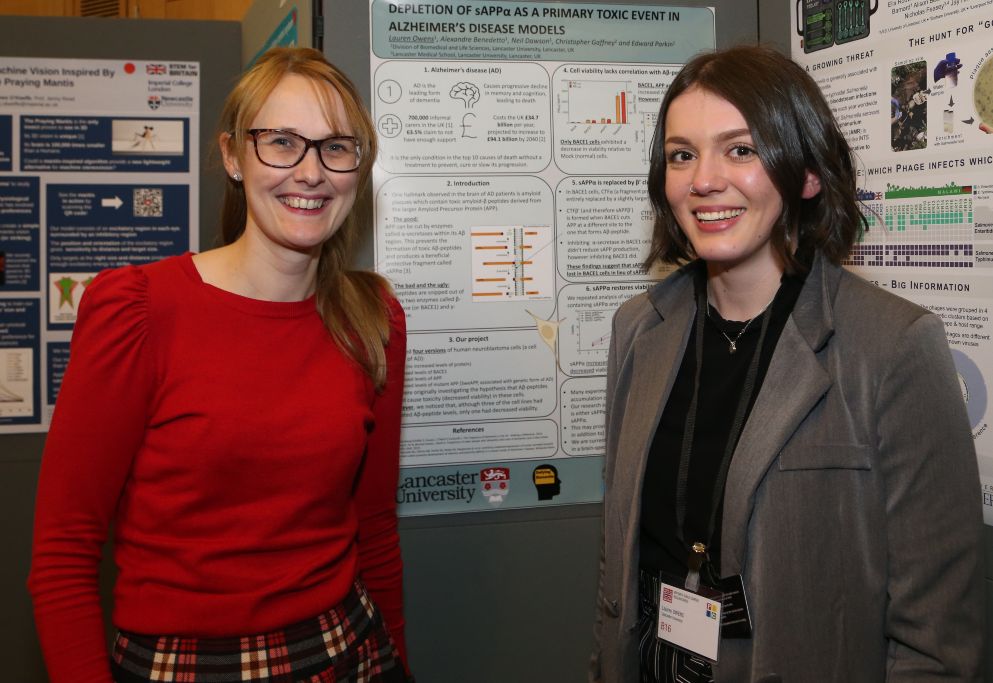 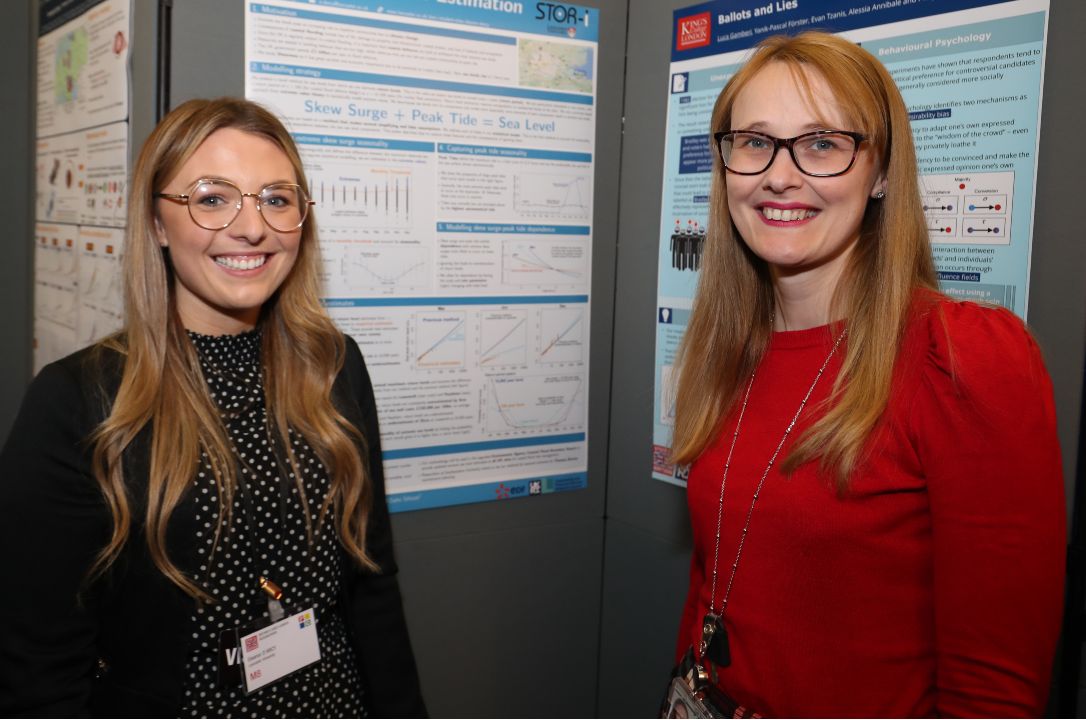 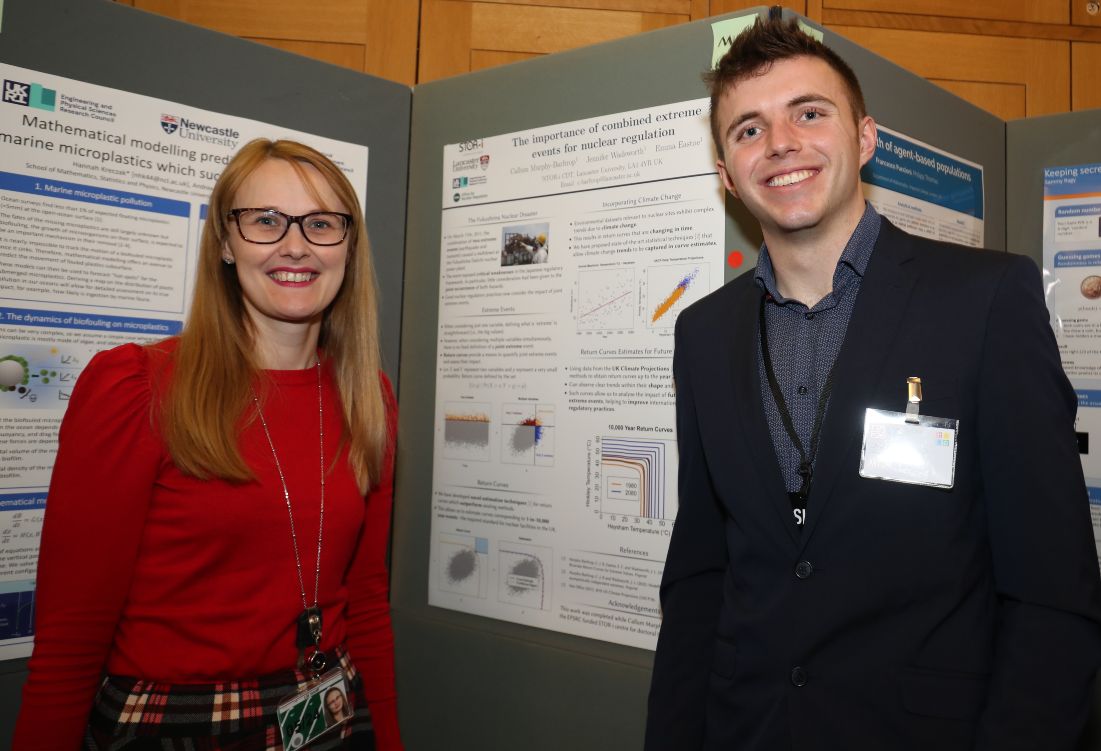