Scientists at Lancaster University’s Hazelrigg weather station have recorded the hottest temperature there since records began.

Provisional measurements taken using the official Met Office instrument at Hazelrigg, which is positioned on a hill outside of Lancaster, for Tuesday, July 19 recorded 35.3 °C – which is 3.2 °C warmer than the previous record high.

The previous day, Monday, July 18, was also provisionally (until independently verified) the fourth hottest day recorded at Hazelrigg and part of the same heatwave that has seen UK national temperature records broken.

The six hottest days recorded at Hazelrigg are:

In addition, the temperatures overnight between Monday and Tuesday were also the warmest on record at Hazelrigg – and at other locations in the UK.

The warmest daily minimum temperatures (measured between 10am and 10am in the Summer) recorded at Hazelrigg, and the only ones to have exceeded 20 °C, are:

The Lancaster Environment Centre scientists who take the readings at Hazelrigg point out that we need to treat recordings made at individual stations with caution as there are a number of variables, such as wind direction, that can influence the temperature on a given day. This means that measurements at a particular location may, or may not, follow the warming trends that we clearly see when we look at averages over larger regions.

The long-term data of the fifty hottest days recorded at Hazelrigg shows that those hottest days are well distributed over the decades, apart from during the 1980s, which were slightly cooler.

It is unusual for Hazelrigg to experience days warmer than 25 °C – only approximately 3.7% of days have been 25 °C or warmer. The median maximum temperature at Hazelrigg (June-August) since 1967 is 17.5 °C.

However, the long-term trend of summer (June to August) minimum temperatures recorded at Hazelrigg between 1967, when daily weather recordings began, and 2022 show that temperatures have been increasing by 0.17°C (±0.08 °C) per decade.

Dr James Heath, from the Lancaster Environment Centre and part of the team that takes daily weather readings at Hazelrigg, said: “While extreme events such as these are subject to considerable variation at any given location, what is remarkable about this particular spell is the sheer number and geographical extent of UK weather stations which are likely to have surpassed their previous temperature records, by both day and night, and by such a considerable margin.

“The overall long-term trend observed here at Hazelrigg reflects that seen in global average temperature, and we can certainly expect more of what we’ve experienced over the last two days in the future.” 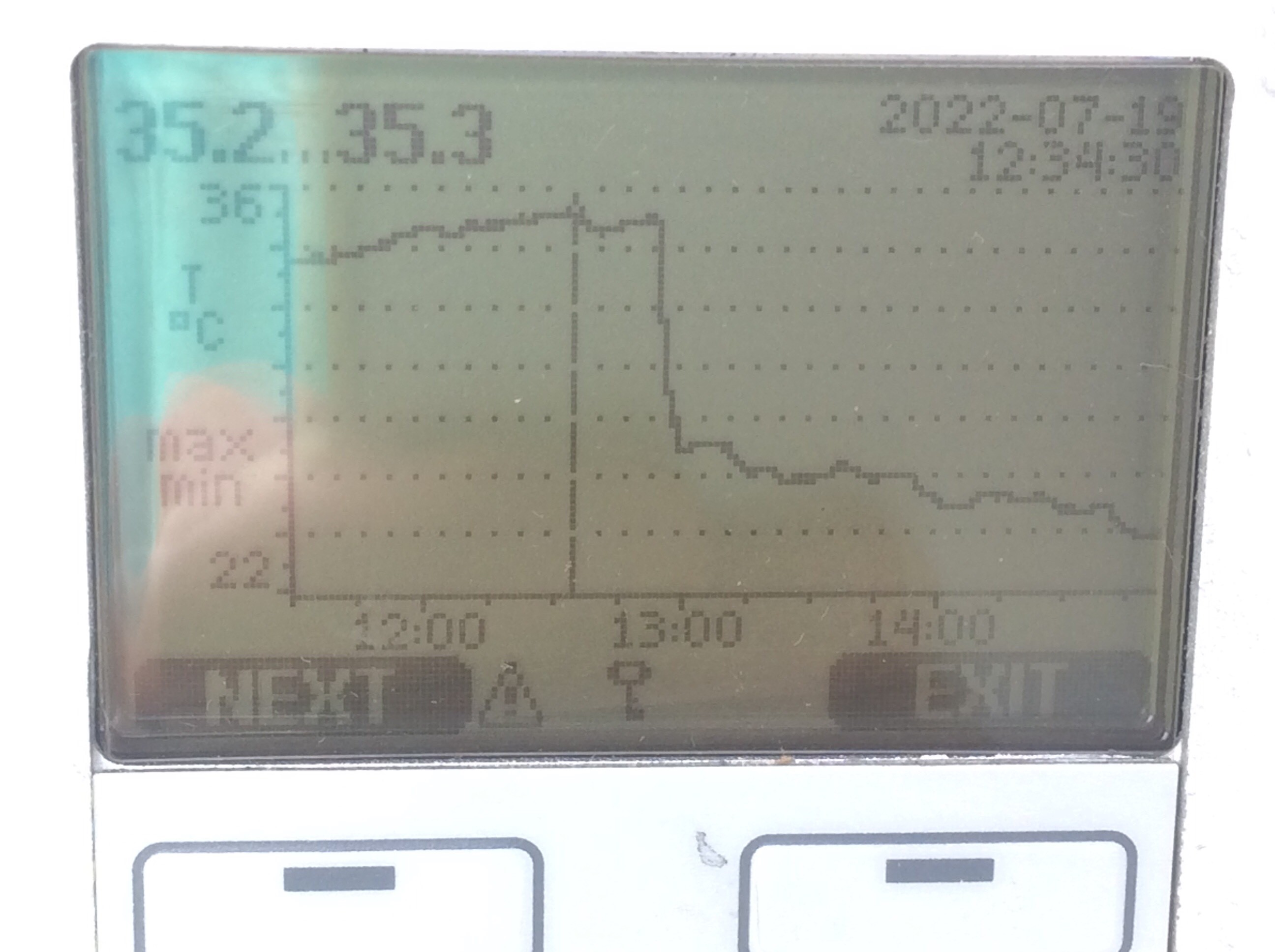 Reading from the standard temperature logger used by the Met Office