My research focuses on the complex systems of processes of knowledge production and their interaction with issues of global cultural political economy, especially regarding critical analysis of the emergence of a globalised "knowledge-based" economy, climate change and the rise of China. These issues have become even more important and intertwined in recent years, amidst and as part of increasing global turbulence. My analysis of how these themes may co-evolve in the medium term is summarized in my recent book: Liberalism 2.0 and the Rise of China: Global Crisis, Innovation, Urban Mobility (2018, Routledge), which I discussed on Radio 4’s Thinking Allowed in June 2018.

Building on previous work (below), my current research (including as an ISF Fellow in 2018-19) explores China’s project of ‘ecological civilization’ and what it could mean for the world at this crucial moment, focusing on the reshaping of cities in the ‘urban century’, not least through the massive infrastructure projects of the new ‘Silk Roads’. In the process of integrating urbanism (and rural-urban relations) and the ‘planetary’ centrally into cultural political economy, the goal is to initiate a new economics (or ‘oeconomics’) for the Anthropocene. This also centrally involves exploring methods, epistemologies and social interventions based on 'phronesis' or situated practical and power-aware wisdom.

Alongside, and related, I am a Co-I in the NERC project (led by Dr Nils Markusson, with Dr Duncan McLaren, Rebecca Willis, Dr Bron Szerszynski and Dr Andrew Jarvis, 2017-19) assessing the risks of mitigation deterrence from the exploration of greenhouse gas removal technologies (AMDEG)

Relating to this work, and an interest in the politics of the discourse of 'responsible innovation', I was PI in a British Council grant (April 2014 - April 2015) on 'Responsibly Innovating Energy for Mobility: Brazil, China, UK', with colleagues at UFABC (Dr Leo de Mello), Strathclyde (Dr Brian Garvey) as well as UniCamp (Dr Andre Campos).

2) The Cultural Political Economy of Research & Innovation - following the argument of my book (2 Volumes, Routledge, 2012), 'The Economics of Science - A Critical Realist Overview' I continue my interest in the interaction between changing practices of R&I and a changing political economy. Staring with a Lancaster University Early Career Small Grant (2011-13), this has evolved now into an established workshop series on the 'Changing Political Economy of Research & Innovation (CPERI)'. After Lancaster (October 2012) and York University in Toronto (December 2013), further annual workshops have been held since: at University of California, San Diego (March 2015) University of Liege (June 2016), Boston (August 2017) and Lancaster (July 2018). The 2019 meeting is scheduled to be in New Orleans around the time of the 4S conference. The CPERI series has already resulted in the publication (2017) of the first Handbook on the Political Economy of Science (Routledge).

3) These themes were brought together in the recent book on ‘Liberalism 2.0 and the Rise of China’, exploring the crisis of neoliberalism and the central role of innovation, particularly in China.

- ‘Liberalism is NOT Dead. And the West is Not Over. Reasons for vigilant hope in an age of darkening storm clouds’ (October 2017)

- concerning new knowledge politics of complex systems and the need for a New Social Contract, in response to commentary about the UK election 2015.

Before starting my PhD, I studied Biochemistry and Molecular Cell Biology at Oxford and the Philosophy of Social Sciences at LSE. I also qualified as a solicitor, working in London and Brussels in various areas of corporate and commercial law, including intellectual property law and EU competition law. Bringing together these interests, I began my PhD in the Philosophy and Sociology of Science at Exeter in 2003. My research was based across two institutions: the Centre for Philosophy of the Social Sciences and the ESRC Centre for Genomics in Society (Egenis), the sister-centre of Lancaster's CESAGen. My thesis was a multidisciplinary examination of the dramatic changes to the funding of science, especially the biosciences, that have occurred since 1980 including the growth of intellectual property rights (IPRs) in scientific research, alongside the global strengthening of IPRs under the auspices of the World Trade Organisation's TRIPs agreement. By examining how TRIPs came to be signed, a theory for the (critical) realist examination of the economics of science is elaborated. This includes concerted attention to the role and importance of philosophical/ontological reflection in the development of social scientific theory. The project thus engages with work in the philosophy of science, science & technology studies, innovation economics, international relations (particularly regarding IPRs), critical theory and cultural political economy.

Since 2014 I have been Executive Director of the Joint Institute for the Environment (JIE) (formerly, International Research & Innovation Centre for the Environment (I-RICE)), a joint initiative between Lancaster Environment Centre and the CAS Guangzhou Institute of Geochemistry (GIGCAS) and South China Agricultural University (SCAU), with laboratories and offices in Guangzhou. JIE is a platform for international and inter-disciplinary research on the 'grand challenges' of the environment.

From 2013, I am a Director (Communications) for the Centre for Mobilities Research.

From 2017, I am a Co-Editor of Mobilities journal, published by Routledge.

David Tyfield is a Reader in Environmental Innovation & Sociology at the Lancaster Environment Centre, Executive Director of the Joint Institute for the Environment, Guangzhou and Co-Director of Lancaster’s Centre for Mobilities Research (CeMoRe). His research explores the interaction of political economy, social change and science, technology & innovation, with a particular focus on issues of low-carbon transition in China. Current work focuses on urban infrastructure in the Anthropocene and the project of ‘Ecological Civilisation’, both within China and overseas. His most recent book is Liberalism 2.0 and the Rise of China (Routledge, paperback 2019), and he is a co-editor of Mobilities journal.

Connecting Mobilities Research between the UK and South Korea: narrating, mobilizing, experimenting and engaging mobilities for a just future
01/02/2022 → 31/07/2023
Research

CarbonFreePorts: Freeports as Opportunities, not Threats, for Place-based Decarbonisation of Transport
01/10/2021 → 31/03/2022
Research

Not Hope But Planetary Magic; Elemental Engagement with (Chinese) Digital Infrastructures in An Age of Loss
Participation in conference 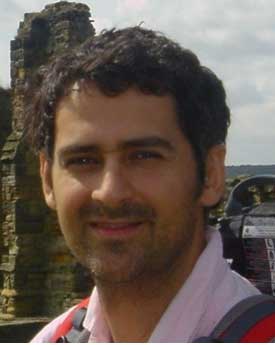