Louise is a hydrochemist and Distinguished Professor in the Lancaster Environment Centre, Lancaster University. She was appointed Pro-Vice Chancellor (Research and Enterprise) of the University in 2019. In 2018, she was awarded a CBE in the Queen’s Birthday honours list for services to scientific research and scientific advice to government. In 2015, she was elected a Fellow of the Royal Society of Edinburgh in recognition of the distinguished contribution she has made to catchment science and to science-policy engagement. Louise’s long-term contribution to the discipline of hydrology led to her election in 2004 as Vice-President of the International Association of Hydrological Sciences (IAHS), which has over 7,000 members drawn from nearly 200 countries worldwide and, in 2017, she was elected President of the Freshwater Biological Association. Prior to this, in 2004, Louise founded and was first Director of the Centre for Sustainable Water Management in Lancaster University; one of the precursor interdisciplinary research centres that contributed to the formation of the Lancaster Environment Centre.

Louise is an active scientist with over 160 ISI-listed publications supported by continuous funding from the research councils, government and government agencies. She is recognised internationally as an authority on diffuse environmental pollution and in particular understanding the pathways of nitrogen and phosphorus loss from agricultural land to water, and the implications for freshwater quality. Louise is credited with advancing the Critical Source Areas concept that forms the cornerstone of many models of diffuse pollution risk that are used widely in policy, for example, the EU Water Framework Directive river basin characterisation process, and Defra's Catchment Sensitive Farming project. At a practical level, her work has been used by The Rivers Trust, and in particular, the Eden Rivers Trust where she was a Director of the Board of Trustees from 2008-12.

Louise was appointed Pro-Vice-Chancellor (Research and Enterprise) in 2019 and provides strategic leadership for the University in research and enterprise including developing the high-level strategy for research and ensuring the growth trajectory of research income in recent years is continued. She is the institutional lead for REF 2021.

Louise has significant experience of both research council and government environments. Between 2012-17, she was Chief Scientific Adviser to the Scottish Government on Rural Affairs, Food and Environment. Here, she was responsible for ensuring the integration and effective use of evidence in policy ranging from climate change to food security, and from land use and biodiversity to animal health. Prior to this, she undertook part-time secondment to NERC from 2008-2012, where she was successful in securing over £40m new strategic research investments aligned to the Sustainable Use of Natural Resources theme. She has also served on Defra’s Science Advisory Council (2011-17) and held an ex officio position on NERC Council from 2012-17.

In March 2018, Louise was appointed to the UKRI-NERC Council. As a Council member, she is responsible for advising and making decisions, as delegated to NERC by the UK Research and Innovation (UKRI) Board, on scientific, research and innovation matters. Louise is also a member of the Royal Society of Edinburgh Life Sciences Sectional Committee; a member of the advisory group for the UKRI Industrial Strategy Challenge Fund programme on Transforming Food Production, Chair of the Research Council Valuing Nature Programme Advisory Group, a member of the Science Advisory Group UK Environment Agency, and a member of the Task Team of the United Nations Environment Programme (UNEP) Global Partnership on Nutrient Management (GPNM).

Some recent examples of media coverage of Louise’s work include:

Bieroza, M. Z. and Heathwaite, A. L. (2016) Unravelling organic matter and nutrient biogeochemistry in ground-fed rivers under baseflow conditions: Uncertainty in in situ high-frequency analysis. Science of the Total Environment 572: 1520-1533.

Lansdown, K., Heathwaite, A. L. and 5 others (2015) The interplay between transport and reaction rates as controls on nitrate attenuation in permeable, streambed sediments. Journal of Geophysical Research 120: 1093-1109.

Heathwaite, A. L., Sharpley, A. N. and Gburek, W. J. (2000) A conceptual approach for integrating phosphorus and nitrogen management at watershed scales. Journal of Environmental Quality 29: 158-66.

Johnes, P. J. and Heathwaite, A. L. (1997) Modelling the impact on water quality of land use change in agricultural catchments. Hydrological Processes 11: 269-86.

Price, J. S., Heathwaite, A. L. and Baird, A. J. (2003) Hydrological processes in abandoned and restored peatlands: an overview of management approaches. Wetlands Ecology and Management 11: 65-83.

Evaluation of mitigation options for reducing nutrient emission to surface water and groundwater at the river basin scale.
30/03/2006 → …
Research

University of Helsinki Faculty of Agriculture and Forestry, Opponent
Examination

Centre for Ecology and Hydrology (External organisation)
Membership of committee

The Royal Society of Edinburgh (External organisation)
Membership of committee

Keynote speech - The importance of the science-policy interface in building resilience for livestock health, in the presence of HRH The Princess Royal. Challenges in the Prevention and Control of Livestock Disease in a Changing Climate
Invited talk

UKCDS (External organisation)
Membership of board

Fellow of the Royal Society of Edinburgh
Election to learned society

Fellow of the Royal Society of Biology
Election to learned society 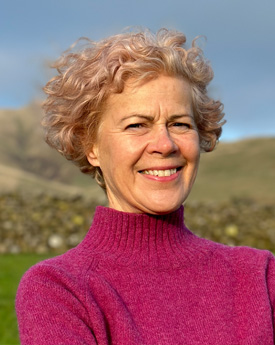