Peter Young started his professional career in 1958 as an apprentice in the Aerospace Industry and he obtained a B.Tech. degree in Aeronautical Engineering from Loughborough University in 1962. He then completed an M.Sc. degree by research at Loughborough, before being awarded a Whitworth Fellowship and moving to Cambridge University, where he obtained his Doctoral degree for work of recursive estimation and adaptive control in 1970. Following two years as a civilian scientist, working for the U.S. Navy in California, he was appointed University Lecturer in Engineering and a Fellow of Clare Hall, Cambridge University, in 1970. As a result of his novel research on environmental modelling and forecasting, he was then invited to become Professorial Fellow and Head of the Systems Group in the newly formed Centre for Resource and Environmental Studies in the Institute of Advanced Studies at the Australian National University (ANU) in 1975. Finally, he moved back to U.K. in 1981, where he was Head of the Department of Environmental Science for seven years and then proposed the establishment of the Institute of Environmental & Biological Sciences, where he was Deputy Head for several years. He also established the Centre for Research on Environmental Systems and Statistics, where he was Director until his retiremnt in 2005. He is now Emeritus Professor at Lancaster and Adjunct Professor in the Fenner School of Environment and Society, ANU. Peter continues to work full-time on a number of research projects, as well as on-going research projects with colleagues in Spain (Departamento de Analisis Economico, Universidad Autonoma de Madrid), Australia (ANU and RMIT University, Melbourne), and France (University of Nancy).

Peter Young was one of the first scientists to recognise the importance of recursive estimation in the modelling and forecasting of stochastic dynamic systems. He is well known for his work in this area over the past 45 years, as well as research in other areas, such as environmental modelling and automatic control system design. He has evolved and promoted the inductive 'Data-Based Mechanistic' (DBM) approach to modelling uncertain dynamic systems and applied this in various areas of study, including the environment and climate, macro economics, and business applications. His most recent DBM modelling and forecasting research has been concerned with rainfall-flow modelling and real-time flood forecasting, where he worked on a project within the UK Flood Risk Management Research Consortium and published numerous papers, as listed in his publications. These include a recent paper which introduces 'Hypothetico-Inductive DBM' modelling and applies this to well known rainfall-flow data from the Leaf River in the USA. Most recently, he has worked on a unified approach to the optimal estimation of discrete and continuous time transfer function models from sampled data and the data-based mechanistic modelling and forecasting global climate data.

Peter Young is a Whitworth Fellow and a Chartered Engineer. He has received a variety of awards for his research contributions and has many publications in the open literature, including a monograph on recursive estimation, a jointly authored text on 'True Digital Control' and he has edited the 'Concise Encyclopedia of Environmental Systems'. His publishing duties include Departmental Editor of the Journal of Forecasting; Consultant Editor of the International Journal of Control; and member of the Board, Environmental Modelling and Software. 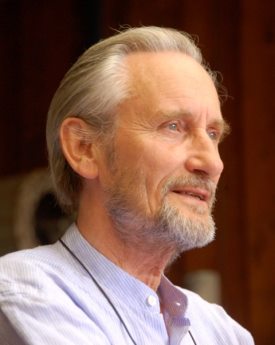