Technology developed by a Lancaster PhD student was at the heart of a New York fashion show this month.

James Devine, a student at Lancaster University’s School of Computing and Communications, has developed a new communication technology called JACDAC that helps different tiny embedded computers known as microcontrollers talk to each other more easily.

JACDAC can be described as the USB for the wired Internet of Things (IoT) and simplifies the connecting of microcontrollers featuring different sensors and capabilities. JACDAC enables a network of microcontrollers to work together in highly dynamic environments, yet, makes doing so as simple as plugging a pair of headphones into a 3.5mm socket.

Mr. Devine developed JACDAC as part of an internship at Microsoft Research in the United States. His software was originally designed to help develop a multiplayer aspect to Microsoft’s MakeCode Arcade – a web-based application that lets people create their own games for handheld gaming devices.

However, it was soon apparent that this breakthrough has other uses beyond multiplayer gaming when graduate student Teddy Seyed of the University of Calgary approached the team with an opportunity to help fashion designers as part of a catwalk show in New York.

The show was held at the Brooklyn Public Library as the climax of its BKLYN Fashion Academy programme – an intensive programme for aspiring fashion entrepreneurs.

The BKLYN programme has partnered with Microsoft Research this year and designers exhibiting at the show incorporated a range of technologies into their garments, such as intelligent LED lighting, motion sensors, and rotating motors that reconfigured and moved parts of garments.

Each designer was assisted by the team of researchers (Thomas Ball, Peli de Halleux, Teddy Seyed, and James Devine) to help them use technology in their clothing designs in new and creative ways. Microcontrollers using Mr Devine’s JACDAC protocol, were central to getting all of the technology embedded in the garments to work on the runway.

Mr Devine said: “Never in my life did I imagine that I –– a guy whose wardrobe consists of hoodies, plain t-shirts, and jeans –– would ever help put on a fashion show in Brooklyn. It was great to see the protocol used by novice users unfamiliar with microcontrollers in such a highly dynamic and fast paced environment. All the designers were amazingly creative and a delight to work with, and the models were incredibly tolerant, and professional, when things went wrong. This experience really highlights the creative aspects of technology, and how computer science is now applied to so many aspects of our society.”

Mr Devine, who has also worked on developing the operating software for the BBC micro:bit as part of his post-graduate studies with Dr Joe Finney at Lancaster University, is currently undertaking his third internship at Microsoft Research. 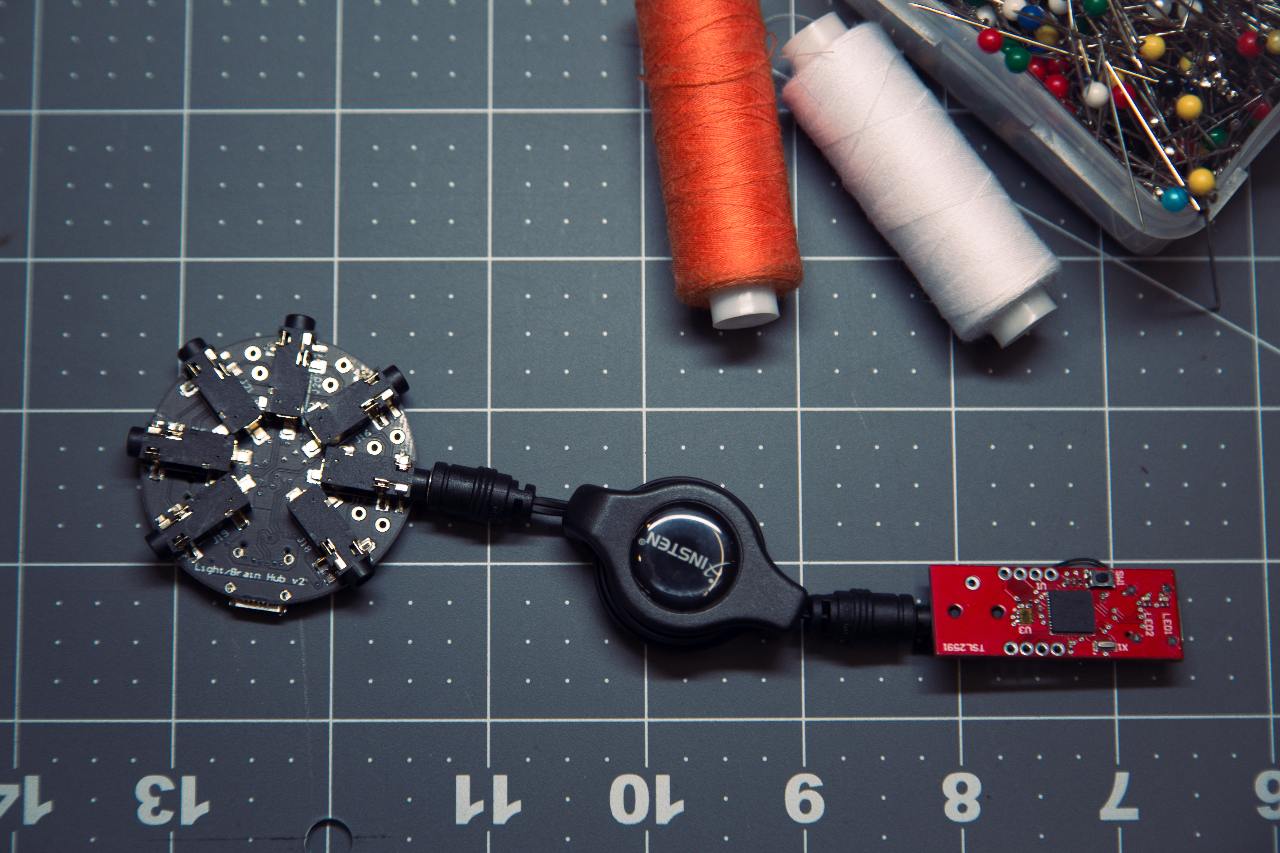 Some of the technology, including a microcontroller, used by fashion designers within the show. Credit Kristen Blush

Never in my life did I imagine that I –– a guy whose wardrobe consists of hoodies, plain t-shirts, and jeans –– would ever help put on a fashion show in Brooklyn. It was great to see the protocol used by novice users unfamiliar with microcontrollers in such a highly dynamic and fast paced environment.