Lancaster University researchers, collaborating with cowpea breeders in Nigeria and scientists in America, have shown that the width of cowpea leaves correlates with above-ground biomass across a range of varieties and environmental conditions. This easy-to-measure trait can be readily used for selection in breeding programmes for cowpea plant size in Nigerian fields.

This work is part of RIPE, an international research project which aims to increase global food production by developing food crops that turn the sun’s energy into food more efficiently. Cowpea is one of RIPE’s focus food crops.

“Cowpeas are a key source of rich protein for millions of people in sub-Saharan Africa and beyond,” said Saba Mohammed, Senior Research Fellow for the Institute for Agricultural Research of Ahmadu Bello University in Nigeria. “Cowpea grains are used for a variety of other purposes, whereas its fodder serves as a nutritious feed for livestock and a source of income for farmers who cut and store the fodder for sale during the dry season. Hence, developing cowpea varieties that can produce both grain and fodder optimally is vital, especially since there is a big market for the sale of both the grain and fodder in Nigeria and other areas in West Africa.”

The experiments in Lancaster were made on cowpea varieties from Nigeria grown in a greenhouse environment set up to replicate a Nigerian field environment as much as possible.

“We want our research to have an impact where cowpea is being grown,” said Elizabete Carmo-Silva, Professor of crop physiology at the Lancaster Environment Centre, who led the Lancaster RIPE team. 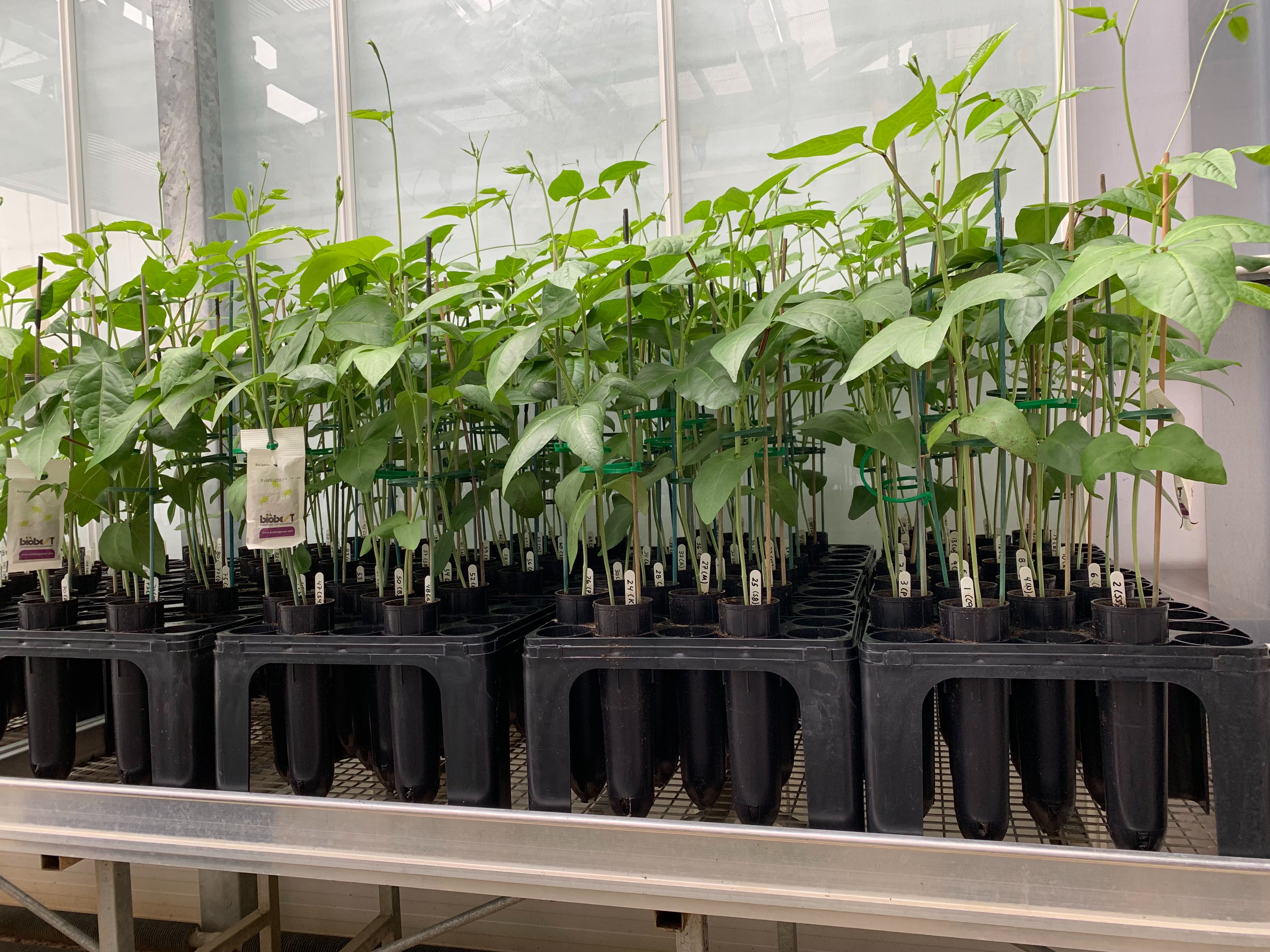 Plants, measured at three weeks old, showed that the cowpea varieties with wider leaves tended to be larger.

The Illinois-based team of Lisa Ainsworth and Anthony Digrado found a similar correlation between leaf width and plant size in a different selection of cowpea varieties, also originally from Africa, which were measured at a different stage of their development.

“In the greenhouse, we were looking at controlled growth conditions and at Illinois, plants were being grown in a dynamic field environment. The key finding is that the correlation holds true with different varieties and growing conditions,” said Professor Carmo-Silva.

“It was very exciting to find the same correlation in two different studies with different cowpea varieties,” said Dr Digrado, a postdoctoral researcher for the Realizing Increased Photosynthetic Efficiency (RIPE) project. “This meant that leaf width was a robust trait that could be used to quickly and easily screen for plant biomass.”

The findings of this collaborative work were part of a recent study published in Legume Science. Future work will continue to analyse leaf and canopy traits in field experiments in Puerto Rico, Illinois and controlled environment experiments at Lancaster. RIPE researchers will also continue working with colleagues at the Ahmadu Bello University and the International Institute of Tropical Agriculture in Nigeria to identify additional photosynthetic traits of interest.