How University Made Me Employable

When I first came to Lancaster, I dreaded the idea of even creating a CV, thinking it would reveal how unprepared I was for the world ahead. Now, just shy of three and a half years later, it feels like I’m having to update my LinkedIn at least once a month with new opportunities I’ve finally found the drive to say yes to.

Given the breakneck pace of the education system, it often feels like we’re thrust into university straight from post-GCSE studies, whether that takes the form of A-Levels or not. Of course, a gap year can be an option, but not many of us end up going for it – thus, it’s entirely possible that you might arrive at University with only a bit of employment experience, if any at all. I was definitely one of those people: I’d never had an interview or written a CV, and I didn’t have many developed skills to my name beyond what I needed to finish Sixth Form.

I started my Lancaster journey all the way back in 2017, opting for a combined honours degree of English Literature and History. I had absolutely no idea what long-term career (or even short-term job) I would want to go for in future, so I wanted to play it safe by not committing to one particular path. At the very least, it meant a good few years to think it over. Part of what I like about both of these subjects is that there’s no definite ‘endgame’ for either one; it isn’t just about becoming a literary critic or a historian – both of them can open, and have opened, a lot of doors!

Of course, there’s the obvious skill: essay-writing. You can’t survive most degrees without it, and I was doing two essay-heavy subjects. I might be exclusively a History postgrad now, but English Literature was invaluable in the time I studied it for the way it complimented, and improved upon, my writing during the degree, and outside of it. Most of the roles and positions I’ve put myself forward for across university (and all the ones I’ve gotten so far) have involved writing in some capacity, which I have to credit to many years of practice across multiple subjects.

Just for one example, I helped to create Lancaster’s Mental Health Society, and was in charge of its social media for its first two years. Given the role entailed writing social media posts on a regular basis, I probably wouldn’t have had the confidence to go for it if I hadn’t already been writing essays in my sleep by that point! On a similar note, joining a society exec is another excellent way to get involved and gain experience. Whether it’s about politics, baking, Disney, or anything else, you’ll have to work as part of a team. Chances are you’ll end up in some kind of team after university regardless of the career you go into, so as cliché as it sounds, it’s a great skill to have.

A more Lancaster-centric resource that I’ve found particularly helpful has to be the Employment and Recruitment Service, or ERS as it’s usually called. Their website has new job postings basically every week; some of these involve working for the University and some don’t, but it’s always worth checking them out. You may not get everything you apply for, but even something as simple as writing a cover letter and updating your CV will do wonders to set you up for success. The more you apply, the better you’ll get at the interviews too, and every bit of experience on that front is super helpful – by the time you graduate, you’ll be a force to be reckoned with at any interview!

In another blog post, I spoke about my placement with the History department, where I’ve helped to create an online archive about working-class Lancashire communities. Not only has it been really interesting and a ton of fun, but it also taught me how to use web-publishing platforms and even metadata, so I’d be remiss if I didn’t mention the part it played in me getting a paid content-editing internship at Copify through ERS! One of my motivations for going ahead with the placement module was definitely to get some practical, tangible experience. Just a couple of months later, it’s already helped me land a job – and one that you wouldn’t normally think a History degree would help you get into.

When I first came to Lancaster, I dreaded the idea of even creating a CV, thinking it would reveal how unprepared I was for the world ahead. I didn’t even know what a cover letter was until I signed up to ERS, believe it or not. I’m still a bit hazy on what my future dream job will be, but I definitely feel a lot more equipped to find work that I’d enjoy, and that I could call my own.

We update our courses regularly and sometimes the course details change - please visit our website for the most up to date information. 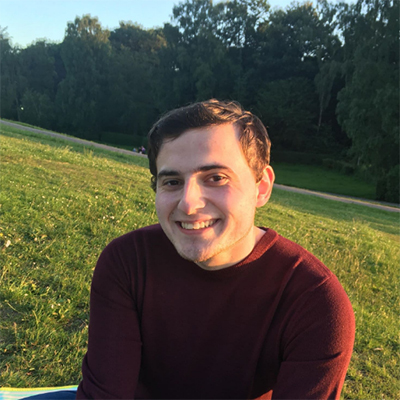