Youth climate activists from around the world have come together with Greta Thunberg in Davos to deliver their message to world leaders at the World Economic Forum.

The six delegates are leading youth voices in the #fridaysforfuture climate strike movement, and joined Greta Thunberg in the Swiss resort on Friday for a school strike march.

The young activists marched alongside Greta in front of international media, and have been with scientists and researchers from Lancaster University and British Antarctic Survey at the Arctic Basecamp this week in the first Arctic Basecamp Youth Tent. They were joined at the camp by model and actress Lily Cole on Thursday.

“We need to unite the voices of these youth climate activists with scientific voices to ensure the message on climate change is heard loud and clear by all those leaders from business and politics attending Davos,” said Professor Gail Whiteman, Director of the Pentland Centre for Sustainability in Business at Lancaster University, and founder of the Arctic Basecamp. 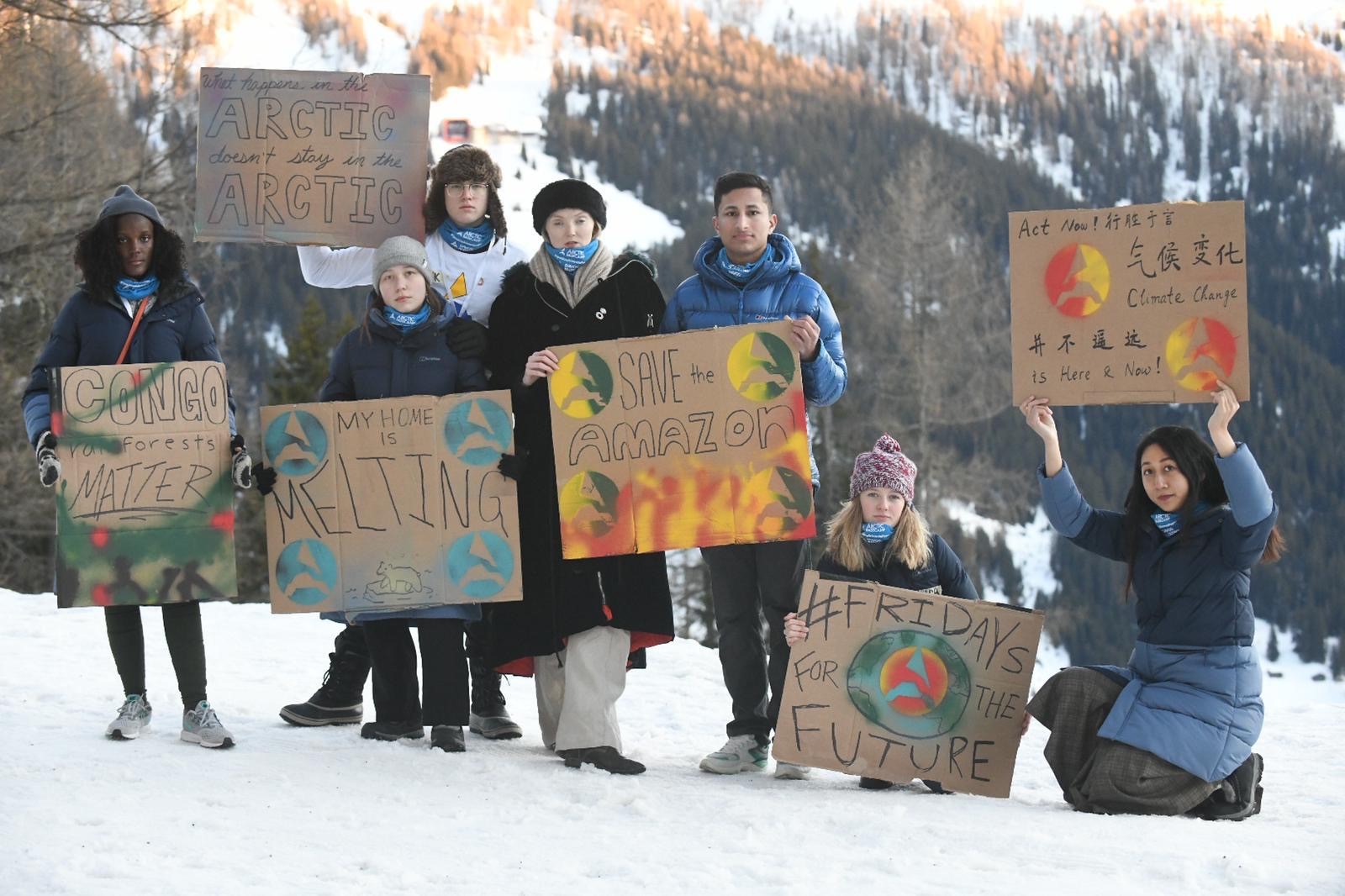 Brazilian delegate Kaime Silvestre, 23, is a law student born in the Amazon region.

He said of his presence in Davos: “Arctic ice is disappearing fast and soon our lives will too if we do not act now. That's why I am very grateful for joining the Arctic Basecamp and spreading the word about saving the Artic.

“We desperately need our global leaders to put their resources towards dealing with the worsening climate emergency. A revolution in the human lifestyle is needed, and time is running out.”

Chinese delegate Wenying Zhu, an intern in the Climate Finance Unit at the United Nations Environment Program (UNEP) in Geneva, has demonstrated her climate leadership as the captain of the Environmental Protection Volunteer Team at her home university in Shanghai.

She initiated the Clothing Swap Shop Program with H&M and Consulate General of Sweden in Shanghai on campus, developed environmental courses for pupils in local schools, and led SJTU Energy Conservation Project with energy-saving reports published every month.

She said: “The Arctic is melting. The Amazon is burning. We are in a state of planetary emergency, and business-as-usual won’t work. We must act – not just talk – to save our planet and ourselves. As the Chinese saying goes, ‘the best time to plant a tree was 20 years ago, and the second-best time is now’.”

Ugandan delegate Vanessa Nakate is the founder of Youth for Future Africa and the Rise Up Movement in Africa. She has been striking for climate for more than a year and started a daily strike for the forests in Africa.

She said: “My message to the leaders is this: Climate change is the biggest threat right now. Not even you can survive its wrath – none of us can survive this war against the planet. We ask you to stop ignoring our cries because we are fighting for the future of your children and grandchildren. We have no time. It is time to rise up and act now. We don’t want the talks, we want the actions.” 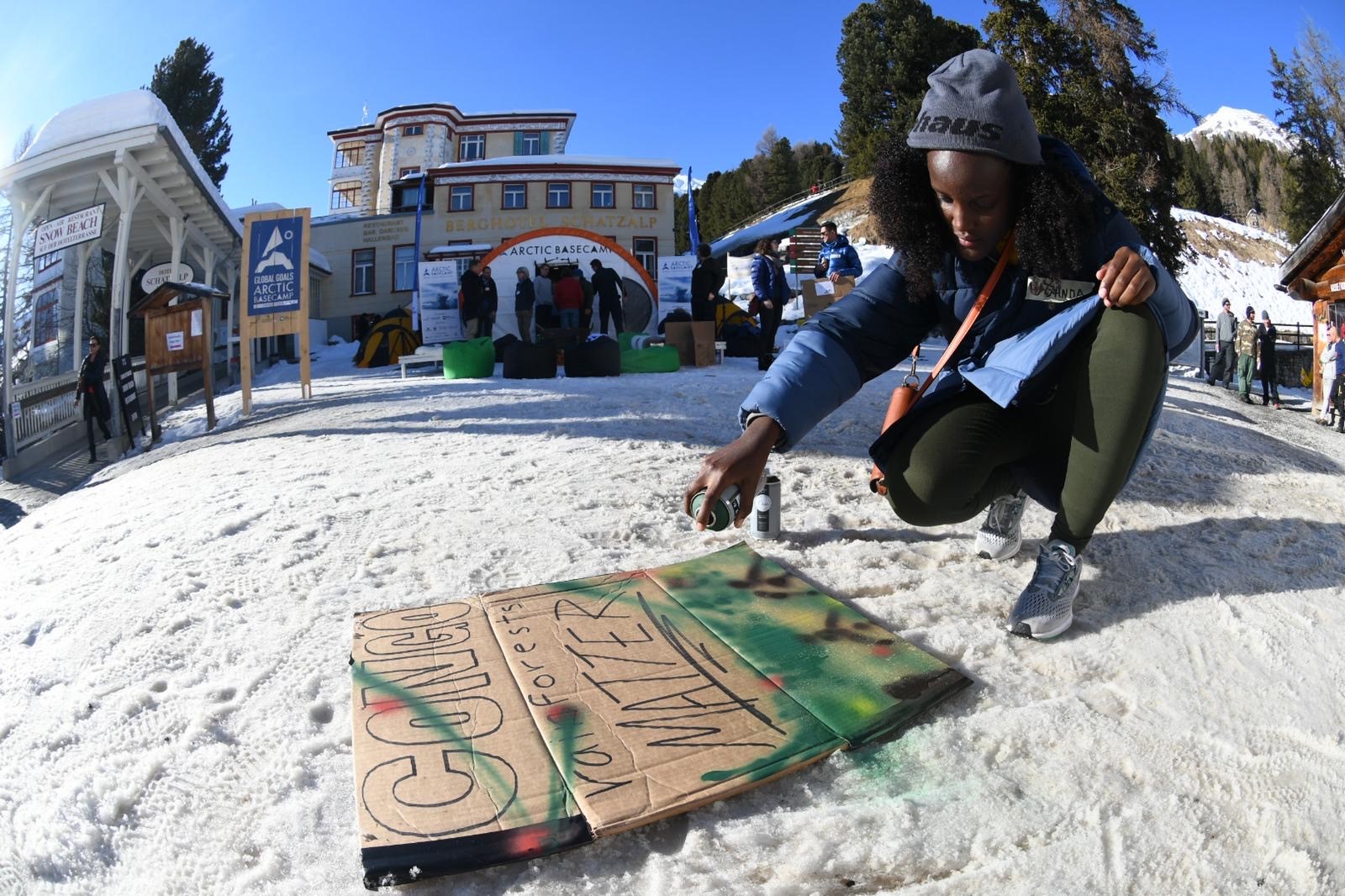 USA youth delegate Eva Jones, from Columbia Gorge, is a UNF Protector of Progress for her Girl Up fundraising and advocacy efforts encompassing donating more than 4,200 menstrual products to homeless women, and testifying in front of the US Senate Democratic Policy and Communications Committee about the importance of gun safety in rural schools.

Eva said: “This climate crisis is solvable. We have the power and the tools. Getting the attention of world leaders is how we can start this change. I have grown up a steward of nature and I am continuing that with my journey to Davos

“Our environmental future will impact every sector, so solutions must be implemented into every sector. The World Economic Forum is the perfect place to catalyse revolutionary change to save our lives.”

Arctic Basecamp is only possible through sponsorship contributions from some of the world’s most innovative and responsible organisations. This year, BNP Paribas, X (The Moonshot Factory), WWF and The Fort Foundation are all major sponsors.

We need to unite the voices of these youth climate activists with scientific voices to ensure the message on climate change is heard loud and clear.