Bill Davies’ research work has provided a novel view of how above-ground plant parts can “sense” changes in both their atmospheric and edaphic environments. The work has also provided insight into the ways in which different environmental stresses interact in their effects on plant growth and functioning through changes in both chemical and hydraulic regulation. In recent years our discoveries have led to radical changes in irrigation practice and to the introduction of crop management techniques which contribute to sustainable intensification of agriculture in drought-prone environments. The work is helping to deliver sustained levels of food production in dry regions of the world, while also addressing the issue of world-wide conservation of water resources. Particularly strong collaborations in this area have existed (and in most cases continue) with CSIRO Adelaide (Brian Loveys), with Manuela Chaves and Joao Santos-Pereira (UTL Lisbon), with HK Baptist University (Jianhua Zhang), with CAU (Shaozhong Kang and Taishen Du) and with Jianbo Shen and Fusuo Zhang, also at China Agricultural University.

The Lancaster plant water group leads a campus-wide and an international effort to address the issue of food insecurity through both collaborative research and training programmes. One of the features of this work has been extensive collaboration with growers, suppliers and retailers with an emphasis on making novel opportunities in sustainable agriculture available to producers and suppliers around the world. A lot of this work has been with smallholders in China and also with those working in the UK food supply chain. A collaboration with Waitrose supermarkets has been central to much of this work. In addition to collaborative research we run a postgraduate professional training programme for those working in the supply chain and we also play a leading role in the Waitrose Farm Assessment which has now run for the last 9 years.

Davies’ group was responsible for some of the first research which highlighted the possibility that control of gas exchange and growth via chemical regulation could explain many of the responses seen in plants growing in drying soil and subjected to other abiotic stresses. Prior to this time, the predominant view in the literature was that soil drying and other stresses modified plant growth, functioning and development only after uptake of water was reduced and water deficits had developed in the leaves. As a result of the Lancaster group's work there has been a paradigm shift in our thinking about plant responses to drought. This has led not only to entirely new perspectives on what actually constitutes the commonly-occurring phenomenon of 'plant water stress', but also has pointed to new possibilities for the modification of plant growth and food production via simple agronomical strategies as well as innovative biotechnological manipulations. Further, our understanding of the ways in which plants can detect and respond to very mild soil drying provides some explanation of how plant communities and landscape may be affected by modified rainfall patterns under a changing climate.

Early work by the Lancaster group provided unequivocal evidence of regulation of stomatal functioning and leaf growth via a chemical message moving from the roots to the shoots in the xylem stream. It was clear from the group's early experiments that leaf water balance of plants in drying soil could be controlled as a result of stomatal closure and reduced leaf expansion. The view virtually unchallenged in the literature up to that time was that a reduction in the water status of the plant was necessary before physiological controls such as stomatal closure were initiated. What then was restricting shoot growth and functioning? The group hypothesised that the causal agents were chemicals delivered to the shoots in the xylem stream which constituted a ‘signal’ generated as a result of the interaction between some of the plant’s roots and drying soil.

Davies’ group has provided strong evidence that the plant hormone abscisic acid (ABA) can play a central part in the long distance chemical signalling process in plants in drying soil. Work by Zhang and Davies showed that enhanced xylem ABA fluxes from roots in contact with drying soil, could provide shoots with a measure of the extent of soil drying. This ABA can be both root-synthesised and re-circulated from shoots via roots in quantities reflecting the plant’s access to soil water.

ABA is clearly not the only chemical signal responsible for regulation of gas exchange and growth and the Lancaster group has shown that some other ionic signals moving from roots to shoots via the xylem can impact on leaf growth and functioning via a local redistribution of ABA from anion traps in leaves to sites of action for regulation. A hypothesis for stomatal and growth control based on ionic effects on pH gradients and ABA redistribution is now generally accepted in the literature.

It is well recognised that ethylene is an important plant growth regulator which is involved in plant responses to a variety of stresses. However, our work (led by Sally Wilkinson and in collaboration with Gina Mills and colleauges at CEH Bangor) is among the first to show an important effect of ethylene on stomatal functioning. This response has become apparent in a study of ozone effects on stomatal behaviour. Low concentrations of ozone can lock open stomata of drought stressed plants, a response that can be catastrophic for water conservation by plants in droughted environments. The basis of this response appears to be an ethylene-stimulated blocking or even a reversal of the effects of ABA on stomata.

In collaboration with Mike Jackson (formerly of Long Ashton Research Station) and Mark Else (EMR) the Lancaster group elucidated a role for ABA, ethylene, nutrients and unidentified chemical species in long distance signalling in flooded plants.

We have tested some of our hypotheses in the field in collaboration with the group of Francois Tardieu at INRA Montpellier. These studies suggest a strong controlling influence for ABA in the regulation of gas exchange in the field. Some of these hypotheses have been tested as part of the EU-funded DROPS project led by Tardieu at INRA. In another EU-funded project, Euroot, Xiaoqing Li is investigating the effects of plant hormones on root growth and root morphology of maize.

Modelling has shown that a combination of drought stress and elevated ozone can be particularly damaging to crop yield in particular parts of the world (collaborative work recently published in Global Change Biology).

Even though the mechanistic bases of chemical regulation of plant responses to environmental stress are not fully elucidated, there are nevertheless substantial opportunities for manipulation of these signals for increasing crop yield in situations where water for agriculture is in short supply. The aim is to produce more ‘crop per drop’ using low technology exploitation of novel plant science to impact on drought limitations to food security. Water saving in agriculture has become unavoidable in most regions of the world but the use of controlled soil drying to enhance chemical signalling is now commonly used as a crop management tool to deliver extra value via enhanced harvest index (HI) and increases in the quality of the plant product. Lancaster science has been directly exploited by CSIRO in the development of Partial Rootzone Drying (PRD) and other deficit irrigation techniques used in the production of wine grapes. Our collaborators at CAU and HKBU work with these deficit irrigation techniques with tens of thousands of Chinese farmers. A similar collaboration with Adam Price and co-workers at Aberdeen University has focussed on the use of DI in Bangladesh.

Lancaster has collaborated in, and provided much of the basic physiological background for drought research programmes in Australia, Russia, the Balkans, Scandinavia, China, Hong Kong, Malaysia and around the Mediterranean basin.

Manipulations to enhance harvest index and crop quality depend on a fundamental understanding of the way in which growth and development of plants is regulated by chemical signalling. This new thinking has advanced during this period of time from initial hypothesis to commercial application and these advances have occurred on several fronts. The group continues to apply the outcomes from their latest research in agriculture. Success in this regard was recognised in 2010 by the award of a Queen’s Anniversary Prize for Further and Higher Education. The prize was awarded in recognition of ‘a sustained contribution to ensuring that the outcomes of research in plant biology have real world impact’.

Some current work in collaboration with ARRIAM, St Petersburg and the Ufa Science Centre, both in Russia focuses on the application of plant growth promoting bacteria and ethylene binding inhibitors as low cost, low technology methods of manipulating chemical signalling to enhance resource use efficiency and enhance food security for the world’s poor. The group is also actively involved in collaborative projects (funded by CIMMYT) to increase wheat yield potential. 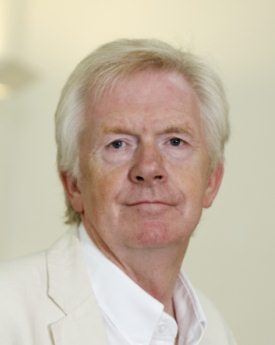