I specialise in the use of radionuclide tracers (234Th, 210Po, 210Pb, 137Cs, 7Be, 222Rn) to study marine and freshwater processes. My PhD was on the development of a method for determining 234Th in marine matrices. I subsequently worked in the Mediterranean on a series of projects which variously highlighted the roles of atmospheric deposition, advective transport and sediment resuspension in controlling the distribution and fate of pollutants and nutrients. My freshwater work includes studies of groundwater surface water interactions, palaeolimnology and contaminated groundwater.

I am a radiochemist, focussing on the environmental behaviour of naturally occurring radionuclides. I have three main strands to my research:

My PhD work, at the SUERC in East Kilbride, focussed on the optimisation of alpha/beta separation liquid scintillation spectrometry (LSS) and the development of a method for determining 234Th in marine systems. I carried out post-doctoral work at Edinburgh University, including an EU project EUROMARGE, in which we studied trace metal biogeochemistry in the Mediterranean shelf seas, and a NERC Post-doctoral Fellowship, entitled “the elucidation of carbon cycle kinetics in the Mediterranean using natural radionuclides”.

I started work at Lancaster in 1999. I continued working in the Mediterranean, through the EU projects INTERPOL (Impact of Trawling and Natural Events on the Resuspension, dispersion and fate of POLlutants) and ADIOS (Atmospheric Deposition and Impact of pollutants, key elements and nutrients on the Open Mediterranean Sea). In INTERPOL, we used 234Th, 210Pb and 137Cs to study the role of sediment resuspension in controlling the distribution and fate of pollutants and nutrients. In ADIOS, we used naturally-occurring 32P to evaluate the role of Saharan dust in controlling P concentrations in the oligotrophic waters of the eastern Mediterranean.

At the same time, I have developed a range of interests in freshwater systems. Together with Prof. Andrew Binley, I have been using 222Rn to study groundwater – surface water interactions, with a current emphasis on understanding hyporheic zone processes. Additionally, I have been using 210Pb and 137Cs to study sediment accumulation and mixing in lakes vulnerable to eutrophication.

These process studies are supported by on-going projects developing novel methods for the determination of both natural and artificial radionuclides in environmental matrices. A current project, with Prof. Hao Zhang, is the development of DGT (Diffusive Gradients in Thim Films) to investigate the extent and impact of contaminated groundwater at nuclear sites. I have recently received funding to develop a novel method for 7Be analysis in soils and sediments, which we will use to study rapid soil erosion and sediment mixing. 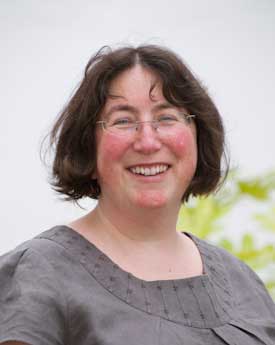