John is passionate about soil, the brown gold that underpins our very survival on the planet, but which most people take for granted.

He has spent the last 30 years working on understanding and predicting the soil erosion processes that degrade soil functions, soil monitoring, how we can protect soils better and how soils can be managed to mitigate flooding and the pollution of surface waters. He is a member of LEC's Sustaiable Soils Research Group.

His published work includes over 100 refereed journal papers (see link above), including one of the most cited papers on soil erosion describing the European Soil Erosion model (EUROSEM). More recent highly cites papers examine the global linkages between soil erosion and the cycling of nutrients and carbon, the effects of vegetation on soil physical properties, new methods for monitoring and tracing soil erosion and a new body of work exploring the lifespan of soils.

Liking to maintain an applied element to his research, John has been working on solutions to soil and water protection. These include an investigation into the impact of soil management on soil and nutrient losses and the use of wetlands to trap sediment before it reaches surface waters.

John has received funding for his work from:

The PhD students he supervises work on a range of topics related to soil functioning, diffuse pollution, soil formation and soil degradation and you can meet the research group here

John is the Research Evaluation Framework 2021 lead for LEC. He has acted as a research evaluator and review panel member, both nationally and internationally and is currently Executive Editor of the European Geosciences Union’s open access journal SOIL.

When he is not working on Soil Science John likes to deploy soil through the medium of paint (most of the earth pigments are derived from soil!). His paintings draw inspiration from the natural environment, and particularly the woods and mountains close to Lancaster.

John is a Professor of Soil Science at Lancaster University, specialising in soil erosion, soil sustainability and the transport of contaminants in overland flow and holds degrees from Reading and Cranfield University. He was one of the developers of the European Soil Erosion model (EUROSEM), which is used for erosion prediction world-wide, and led the Landcare Group of the National Soil Resources Institute before coming to Lancaster in 2002. He executive editor of the EGU- Copernicus journal SOIL (to be launched in 2014), is science secretary of the European Geophysical Union's Soil System Sciences Division. He has acted as an evaluator for Defra and the EC and has published over 75 refereed journal papers.

Brazier, R.E. 2000. An investigation into a GIS based approach for modelling hillslope soil erosion in England and Wales. Lancaster University. PhD.

John currently convenes a course in Soil Science, and contributes to courses in Sustainable Soil Management, Environmental Field Skills and Environmental Issues for the 21st century

Simulating macronutrient cycles across the UK.

The impact of tractor wheelings on soil structure and biogeochemical processes

how this effects biogeochemical cycling and how these effects may be mitigated against.

It is a collaborative project between Lancaster University, ADAS and a large number of industrial partners. It is funded by the Defra Arable LINK

Mitigation of phosphorus and sediment 2

This project aims to develop and cost ways of controlling the losses of sediment and phosphorus in overland flow from arable agriculture.

MOPS 2 will focus on the use of ponds and wetlands and the control of erosion in spring crops.

It is a collaborative project between Lancaster University, the Allerton Trust, ADAS and Reading University and isfunded by Defra

Mitigation of phosphorus and sediment 1

This project aims to develop and cost ways of controlling the losses of sediment and phosphorus in overland flow from arable agriculture.

It is a collaborative project between Lancaster University, ADAS and Reading University and isfunded by Defra

This project is investigating the fundamental processes controlling the transport of contaminants in overland flow and is developing new ways of modelling their movement.

The project is a collaboration between Loughborough University and Lancaster University.

PhD students conduct research in my areas of research interest and prospective students should contact me to discuss their ideas.

Measurement of flood peak effects as a result of soil and land management, with focus on experimental issues and scale
Deasy, C., Titman, A., Quinton, J. 01/2014 In: Journal of Environmental Management. 132, p. 304-312. 9 p.
Journal article 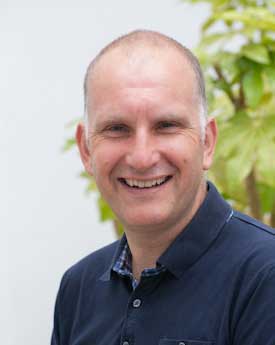