Jonathan has spent the last 20 years applying various stable isotope approaches to answer ecological questions, primarily in aquatic ecosystems. He has two main threads to his research: the role of methane-derived carbon fuelling freshwater food webs, and assessing the direct and indirect effects of invasive non-native species (crayfish and amphipods in particular) within recipient ecosystems.

Jonathan’s published work includes >75 refereed journal papers (see link above), the majority using stable isotopes (SI) in some form. He has been instrumental in the development of SI as a tool in aquatic ecology: sample preparation (e.g. lipids, lipid extraction, preservative use), isotope-derived metrics, and interspecific variability. He published one of the first studies to identify the extensive subsidy of production within a large lake (Loch Ness) by terrestrial carbon (as a PDRA at Lancaster University), and revealed the widespread use of methane-derived carbon within freshwater ecosystems. Most of his recent isotope-metric work is applied to the study of invasive species.

Major funders for his work have been:

The PhD students he supervises work on a range of topics related to aquatic and terrestrial ecosystem functioning, and invasive species, and have field sites spanning from around the UK, Kenya and Borneo.

Jonathan is 0.8 fte Research & Conservation Officer for the Wild Trout Trust and hence the majority of his time is taken up in that role.

He has acted as an evaluator for Canada Foundation for Innovation, the NERC, numerous EU Research Councils, and is currently: 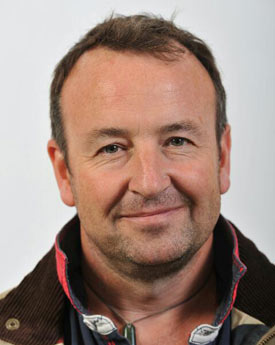