I am interested in how plants interact with their environment. Of particular interest to me is the role of photosynthesis as a sensor of environmental cues, as-well-as methods for engineering improvements in photosynthetic efficiency to increase crop yields.

I am a plant molecular biologist whose primary research interest is the response of plants to their environment. I have previously worked on projects investigating retrograde signalling pathways, whereby plastids can act as sensors to modify nuclear gene expression in accordance with environmental conditions. This included characterising the signalling pathway that ultimately determines the level of vitamin C in leaf tissue in response to changes in light intensity, a pathway initiated by changes in flux through the photosynthetic electron transport chain. I have also worked on characterising the retrograde signals that control nuclear gene expression during chloroplast development, and helped develop a model in which two intermediates of the tetrapyrrole synthesis pathway act as opposing signals. I appeared on the BBC2 documentary 'How To Grow A Planet', where I visualised inter-plant communication. My current project is focussed on increasing the yield of rice through the exploitation of a cyanobacterial CO2-concentrating mechanism using a synthetic biology approach.

My PhD research focussed on the improvement of the tropical storage root crop cassava to alleviate post-harvest deterioration. This work was funded by the Bill & Melinda Gates Foundation.

My degree included a one year industrial placement - I chose to work at Sygenta's largest UK research facility at Jealott's Hill where I researched new herbicide targets in tobacco. 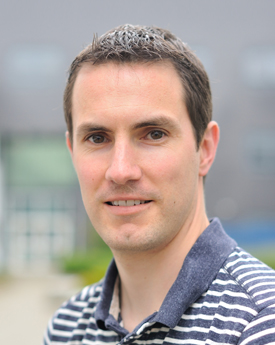