Harry Hoster is Professor of Physical Chemistry and Director of Energy Lancaster at Lancaster University.Energy Lancaster brings together Lancaster University's world leading expertise in a wide range of energy related areas covering the demand and supply of energy.Harry Hoster's own research explores the physical and chemical properties of surfaces and solids. His goal is rational design: improving electrode materials for fuel cells and batteries. His special interest: boiling it all down to single atoms and molecules, i.e., under standing the microscopic fundamentals behind the macroscopic performance of electrochemical cells. After receiving a degree in physics from Bonn University in 1996, Professor Hoster was awarded a fellowship by the German "Fonds der Chemischen Industrie" for full-time doctoral study on anode materials for methanol fuel cells (working with T. Iwasita and W. Vielstich in Munich).After working on a postdoctoral research project in São Paulo, in 2003 he set up a surface science and electrochemistry research group at the Institute of Surface Chemistry and Catalysis under Professor R. J. Behm in Ulm. Having acquired his postdoctoral teaching qualification (venia legendi/habilitation) in physical chemistry in 2010, he assumed the position of Associate Professor at the Institute of Technical Electrochemistry at TUM. In 2011 he became Scientific Director of TUM CREATE in Singapore. TUM CREATE is a collaborative and interdisciplinary research programme on electric vehicle technology. Within TUM CREATE, he also became Principal Investigator of the research project "Electrochemistry and New Materials". In 2013, he was awarded a position as Visiting Professor at the Nanyang Technological University in Singapore. In 2015, he became a Fellow of the Royal Society of Chemistry. 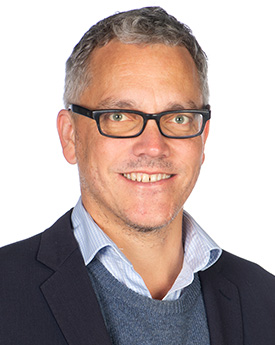