All new proposals for externally funded research, regardless of value or funder, must be fully approved internally through the ACP costing system prior to submission to the funder. This includes outline proposals and proposals submitted by another institution or organisation.

PIs should engage with RSO as early as possible in the application process so that a timetable can be agreed to support the application up to the funder deadline. Application and costing requests are triaged by RSO to ensure project information is captured on systems for reporting and to ensure deadlines are met.

Once costings have been created in ACP by RSO, Principal Investigators (PI) should automatically have access to view them. When the project is fully costed the PI will review the project, upload the case for support/proposal document and complete the governance checklist. ACP then automatically sends the proposal for the required authorisations which can include the HoD, Institute Director and Faculty Dean. The approval process ensures that research proposals are checked and reviewed so that only high-quality applications, which stand the best chance of success, are submitted by the university.

In parallel with departmental and faculty approvals, the PI should liaise with RSO to ensure that the funder’s forms are completed correctly and in accordance with the funder’s call specification. This may be in paper or electronic format. Once the proposal has been approved by the Dean and checked and validated by RSO, final institutional approval may be sought from either the Director of Finance or the Vice-Chancellor.

A costing cannot be approved without reference to the actual proposal. ACP must be completed and is then reviewed alongside the funder’s proposal form which includes the budget being requested for the project as well any other accompanying documents e.g. letters of support, justification of resources, impact statement, data management plan, case for support. These documents can be uploaded to the ACP record by the PI.

To allow time for proper consideration, the full proposal should be available to the RSO no later than one week before the deadline for submission.

For further details please see our pre-award development webpages and Guidance for research grant application; process and route map which outlines all the stages. 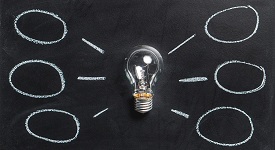 Staff at Lancaster University have access to thousands of funding opportunities via the university's subscription to RESEARCHconnect. This is a dedicated research funding facility, offering the latest calls from the UK, EU and international research funding landscapes.

Training for researchers on bid development is provided by Research Services in collaboration with colleagues across the university. Please contact your departmental Research Development Officer for more information.

Specialist advice, guidance and an approvals committee is in place for clinical research.