I graduated from Durham University in 2014 having completed an MMath degree. During my time at Durham, I found that I became increasingly interested in the statistics-based modules offered there. My final year project involved using methods from mathematics and statistics to investigate the origin of the Earth’s volcanic hotspots, and I found it extremely interesting to be able to apply statistical techniques to a problem from another area of academia. During the summer of 2013, I undertook an eight week internship at STOR-i, allowing me to find out more about what life as a research student would entail. During the internship, I carried out a project investigating the air quality of major cities in China. The project focused on using techniques from extreme value theory to model two particles that are particularly associated with air pollution.Having completed the STOR-i MRes in September 2015, I am currently working on a PhD in the area of multivariate extreme value theory. The idea of the project is to draw on methods from graphical modelling and vine copulae to develop techniques to model multi-dimensional extreme events. This work is supervised by Jenny Wadsworth and Jon Tawn in Lancaster, and Arnoldo Frigessi and Ingrid Hobæk Haff in Oslo. 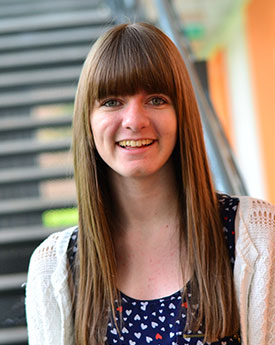