It is with great sadness that we announce the death of Dr Andrew James Bailey, who passed away on 28th June following a short illness.

Andy was a former Head of Department of the Management Development Division and subsequently Director of the Centre for Strategic Management at Lancaster University in the Management School (LUMS).

Born in Keighley in 1965, Andy went to school at Greenhead Grammar before completing degrees in Behavioural Science (Polytechnic of Wales, 1984-87) and Applied Psychology (Cranfield Institute of Technology, 1987-88). He obtained a PhD from Cranfield University (1997), supervised by Professor Gerry Johnson, where his research focused on the process of strategy development. Andy joined LUMS in 1997 as a Teaching Fellow in the Management Development Division. Quickly, his hallmark talents of attention to detail and client focus led him to become a hugely successful programme director and, just as quickly, he was promoted to Senior Teaching Fellow. First, he successfully bid for and directed the Royal Sun Alliance Post Graduate Diploma, and subsequently became the Executive MBA Director, a post he held for 12 years. At the latter stage of this period, Andy was asked to lead the globalisation of the MBA. As Programme Director he designed and established the Global MBA in three locations: Singapore, Jordan and Zambia. He also set up the MA in Management and Leadership Practice.  He was promoted to the professorial-related grade as Director of Professional Programmes in 2010.  Andy became Head of Department of the Management Development Division in 2011.

However, his academic roots remained firmly in the area of strategy. He joined the Centre for Strategic Management in 2012 as Director of Development. Then, in 2013, he became Director of the Centre. Recently, Andy led, from the Centre's side, the integration in Summer 2015 of the Centre into the Institute for Entrepreneurship and Enterprise Development (IEED), to be renamed the Department of Entrepreneurship, Strategy and Innovation. He was also appointed to be the first head of the renamed department.  Andy's extended record of senior roles in LUMS, including appointment to three headships of department/centre, is itself testimony to the very high regard in which he was held in LUMS.

On taking up his post at LUMS, Andy and his wife Lesley moved to Burton in Kendal with their three children, Zak, Beccy and Louis, and their two dogs Brandy and Ty, where they established strong roots for their family and close engagement in the community. Andy was a governor of Burton Morewood Primary School and a member of Burton Children’s Sports Committee for many years.  Family and community were very important to Andy. He was so very deeply proud of his children.

Perhaps less known to people in LUMS was his passion for growing vegetables. He often displayed his wares at local gatherings - notably in his home village at the Burton Onion Show, with large onions and marrows being a speciality, winning him a number of first prizes over the years.

Andy will be most fondly remembered by those privileged to have known him as a scholar who was outstanding at translating the academic theory of strategic management and change management to the everyday complexity of practice. Too often there are debates calling for rigour and relevance in scholarly work and Andy was an exemplar of bridging this gap.  Perhaps most importantly colleagues, students, and friends would genuinely describe him as a "great bloke". He was an understated man, gracious in his time to all, kind to a fault. He would be astonished that attention was being made of his endeavours, but his virtues of how he lived his life have cast a great shadow over so many of us. He will be so deeply missed. He left us far too soon. Yet his legacy will shape so many who have learned from him and who have been blessed to have been so fortunate to have shared moments

The funeral service for Dr Andy Bailey took place at Lancaster Crematorium on Friday, 3rd July. A Tribute to Andy will be held in LUMS on the 11th September to celebrate the outstanding life of this wonderful colleague, friend, husband and father. 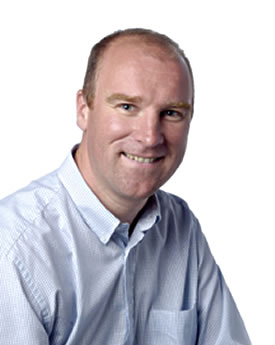