Every time there is a terrorist incident anywhere in the world, Stephen Ebanks wonders where the money came from to finance it.

The MBA graduate hopes that the security checks and controls in place at the bank where he works have been robust enough to have kept it clean of any involvement.

Anti-Money Laundering and Anti-Terrorism Financing (AML/ATF) are at the heart of what he does as Director of Global Anti-Money Laundering (AML) Programs for CIBC - one of the top five banks in Canada. His prime focus is the training of 45,000 staff - lives depend on it. That means staying one technological step ahead of determined criminals and keeping frontline staff constantly updated on financial risks.

It is a responsibility that Stephen (MBA 2000) feels keenly, but which, curiously, he feels he was almost being trained to do from his first day at Lancaster University, when MBA director Dr Steve Kempster addressed the entire course.

“I will never forget him saying ‘My objective is to make you at ease with complexity’,” says Stephen, who was brought up in the Cayman Islands and began his working life there.

“I often think about that. What he said is relevant to what I do every day: How do I get the message out to a grand audience in the most beneficial way, about the importance of each bank employee being on the alert and taking action if they think they detect anything unusual?”

He came to Lancaster in 1999 on a British Council scholarship, with a first degree in business administration from Bowling Green State University, Ohio, USA and three years working for the Cayman Islands Monetary Authority (CIMA) under his belt. His goal was to become a better businessman.

Born in Jamaica to a Jamaican mother and a father from the Cayman Islands, he had moved to the paternal homeland at the age of 10 with his family for a better life. Growing up in the idyllic surroundings of the Cayman Islands, the two main interests were banking and tourism.

Starting his career on home ground, he became aware of the number of international laws being introduced to gain information from customers and new questions emerging about terrorism and the proceeds of crime. Stephen was stunned by the lengths that people would go to to cover their tracks and knew he needed to up his game.

He decided he needed an MBA and picked Lancaster because of its continuous learning programme and because the brochure told him he would be one of 75 students from 22 countries. Its rural location also appealed.

Arriving at Lancaster in the rain was a shock, and Stephen admits that returning to study (and living in halls) was tough. Everything changed on an MBA night out in downtown Lancaster two weeks into the course, when he developed friendships with people from Italy, Greece, Mexico and India, many of which he retains to this day.

Academically the MBA was like a full-time job, with lectures 8am to 6pm and a new course every two weeks - each one requiring the completion of a 5,000-word paper. The intensity of the workload was sometimes overwhelming, but regular meetings in the university bar for last orders with his fellow students provided the mutual support they all needed to succeed.

“I was excited about using what I had learned,” he says. Especially useful was a year-long programme reflecting on each course, and providing the learning tools, new concepts and assistance to make the most of it. He sees it as almost a training in project management.

Another winning ingredient to his Lancaster year was the real-life project, for which students had to bid. He and four others took on a change management programme involving a German and a UK company based in Brussels, requiring focus groups with workers at manufacturing plants as well as flying to Brussels to interview the board of directors. It was a steep learning curve, resulting in a 75,000-word dissertation.

He went back to the Cayman Islands and CIMA. Soon after his graduation from Lancaster,  the OECD blacklisting of his tax haven home in 2000 focused the young Stephen’s interest in combating money laundering and the financing of terrorism, and he says: “I never looked back!”

Strengthened by his Lancaster MBA, he managed to gain his longed-for move to Canada - first with the Bank of Nova Scotia as a senior manager responsible for policies and procedures for combatting money laundering.  His move to JP Morgan Chase in Toronto, initially as a Director of Compliance and then Chief Anti-Money Laundering Officer, focused him on all aspects of AML and ATF, operating under US and Canadian law.

Now as Director of Global Anti-Money Laundering Programs in the AML group at CIBC, his daily work is centred on AML/ATF training for 45,000 staff. This means he has to be aware of international regulations, technology and policies, to make sure that training is the best it can be - too much depends on it.

Staff need to be at the cutting edge of AML/ATF concepts such as ‘Bitcoins’ and ‘FinTech’. Keeping ahead of the criminal and terrorism game is a challenge and convincing frontline staff of the growing need to question customers can be awkward too. They have to understand that their state of alert at the front desk of a bank branch could prevent the illicit financing of a terrorist attack killing and maiming hundreds.

Combating terrorism and money laundering is, in Stephen’s words, "not a perfect science" but he is trying to detect and prevent its funding through his own institution. Although he sometimes feels frustrated that he cannot do more, he also frequently reflects with relief about the relevance of what he learned at Lancaster.

“It was building the skills to be better - almost like project management,” he explains.

“I found it very beneficial, because I was constantly reflecting on what I was doing. That has fed into what I do now. Particularly in the more complex projects, I try not to dive in but to take a step back and make sure that I have all the components to create a good finished product.” 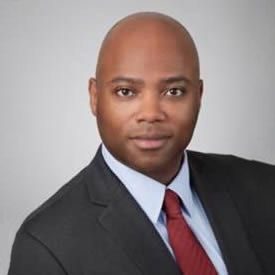