The Kingsman Prize for 2014 has been jointly awarded to Management Science PhD graduates Franklin Djeumou Fomeni and Yifei Zhao. The prize was established in memory of the long-standing scholar of Management Science, Professor Brian Kingsman.

came to Lancaster in 2011 to do his PhD in Management Science, having just gained a Masters with distinction in Computational and Applied Mathematics in Johannesburg. He had already gained several academic prizes and awards before he came to Lancaster. Remarkably, he finished his PhD early, three months before the end of his third year. During his time in Lancaster, he proved to be a gifted researcher, teacher and computer programmer.

The title of Franklin's PhD dissertation is "The Quadratic Knapsack Problem and Related Problems". The Quadratic Knapsack Problem is a very hard optimisation problem that has both nonlinear and combinatorial aspects. It has important applications in the location of facilities, such as freight terminals, warehouses, and satellites, and also frequently arises as a subproblem in more complex problems. Franklin designed and implemented several new solution algorithms for this problem, both exact and heuristic. These algorithms represent a major advance in the state of the art, significantly extending the range of instances that can be solved to optimality or near-optimality. Not only that, but Franklin showed how some of his results could be generalised to a much broader class of problems, called Mixed 0-1 Polynomial Programs. This extends the potential applicability of his work.

Franklin's supervisor, Professor Adam Letchford, stated that Franklin was one of the two brightest students he had ever supervised. The examiners, Professor Chris Potts and Dr Chris Kirkbride, expressed no hesitation in awarding the PhD, subject to only minor corrections. One of the papers arising from the work has already been published in INFORMS Journal on Computing, and another has been accepted for publication in the premier optimisation journal Mathematical Programming, subject to minor revision. Other papers are in preparation.

Franklin has recently been appointed as a post-doctoral research associatein the research group GERAD at the Polytechnique Montreal. GERAD is recognised internationally as a centre of excellence in the field of Operational Research, and we fully expect Franklin to produce some new and exciting work while he is there.

came to Lancaster in 2009 to do a PhD, having obtained a Masters degree in Operational Research with distinction from the Mathematics Department at Edinburgh University.

The examiners, Dr Sergio Garcia Quiles and Dr Zhan Pang, expressed no hesitation in awarding the PhD forthwith. Two papers arising from the work have been published. One was published in INFORMS Journal on Computing, the other in Euro Journal on Transportation and Logistics. A third paper is now under third review and is expected to be accepted soon.

Yifei gave birth to a wonderful daughter just after the viva, and that has kept her busy until now. 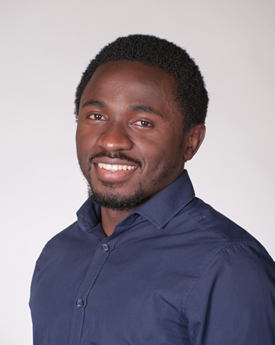 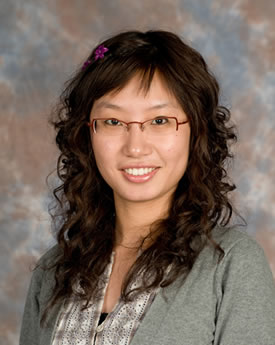