University Halls ranked No. 1 in the UK by students

Lancaster University has the best university halls of residence in the UK, according to the National Student Housing Survey.

Lancaster earned the title of "Best University Halls" for the sixth year running in the survey, which measures levels of student satisfaction.

Lancaster has also been given the "Best Customer Service" and the "Best Moving in Experience" awards.

The University is one of just six higher education providers to have gained the International Accommodation Quality Mark, which recognises organisations achieving at least 90 per cent satisfaction among international students.

More than 22,000 students at more than 200 universities and colleges from around the UK were surveyed this year.

The National Student Housing Survey (NSHS) 2015 was carried out by Red Brick Research, an independent market research company, to measure satisfaction levels in all types of accommodation. 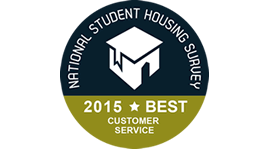 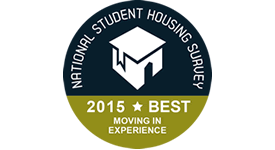