Last week, around 80 students from six schools across the country battled it out in the final stage of Lancaster University Management School’s (LUMS) 100-Day Entrepreneurship Challenge.

Students from Thornleigh Salesian College in Bolton; Sir Thomas Rich’s School in Gloucester; Blackpool Sixth Form college, Urmston Grammar School in Greater Manchester, and both Nelson and Colne College and Lancaster Royal Grammar School in Lancashire formed 18 teams in the competition this year, which saw them generate their own business ideas linked the UN Sustainable Development Goals – all in just 100 days.

After creating business plans for ideas ranging from a sustainable shoe with a changeable sole to an air conditioning unit which doesn’t need electricity, the teams travelled to LUMS on Wednesday to set up a ‘marketplace’ in the middle of the Management School to display their business ideas and be questioned on them by fellow students and LUMS staff, who then voted for their favourites in the People’s Choice category.

As a result, a team from Sir Thomas Rich School were crowned winners of The People's Choice award for their idea, “Powerspin” – a device which can convert a bicycle into an exercise bike which can produce electricity. 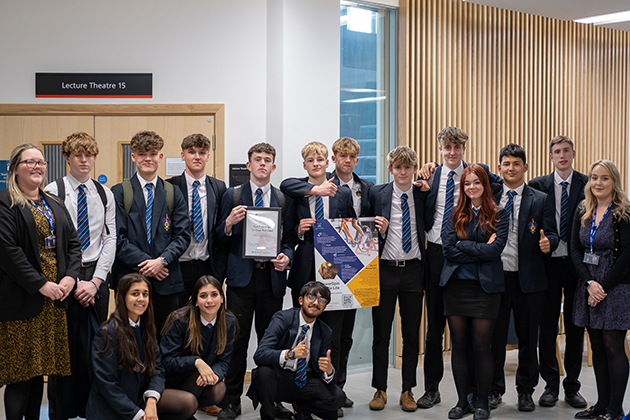 Reflecting on the experience, a member of the winning team, 16-year-old Henry Bye, said: “For me, the best part of the competition was the teamwork involved. The camaraderie has brought us closer together – we pulled together as a team and we’ve come out with a victory!”

Judges from LUMS’ Entrepreneurs in Residence (EiR) network selected a team from Urmston Grammar as the winner of the EiR award, after seeing their proposal for an app, Au Cour, to help users find independent businesses for days out. And, after impressing with their idea for a hotel which employs homeless people, helping them to get back on their feet, academics from the Department of Entrepreneurship and Strategy announced Blackpool Sixth Form college winners of the departmental award. 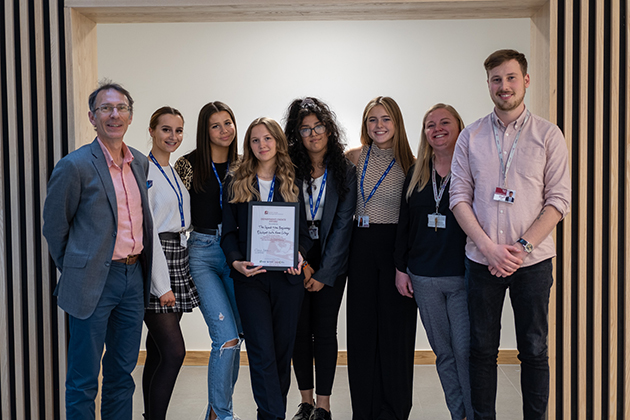 Rachel Downes teaches business and economics at Sir Thomas Rich School and accompanied teams of students last week. She said: “I think the competition has been great. There was lots of interest from our students from the get go – they have thrown themselves into it and have even been talking about it in their other lessons!

“We entered the competition last year but it was virtual - and given what’s been going on for the last few years, getting the students out of school and out of their comfort zone has been fantastic. Until today they’d never been to a university before.”

LUMS' Vicky Knill, a Recruitment and Conversion Officer, helped to arrange the event. She said: “We were really impressed with the standard of entries in this year’s contest. There were some really creative, exciting ideas, and we could tell that the teams had put in a lot of work into their business plans.

“As well as recognising the contestants’ hard work, we’d also like to thank the schools for taking part and the teachers for taking the time to help guide the teams through the Challenge.”

I think the competition has been great. There was lots of interest from our students from the get go – they have thrown themselves into it...Getting the students out of school and out of their comfort zone has been fantastic. Until today they’d never been to a university before.