Originally trained as a sociologist but now a computer scientist, Richard is concerned with how new technologies shape us and how we in turn shape our technologies - in the space that is often known as Human Computer Interaction or HCI. He has written 13 books, including the IEEE award winning "The Myth of the Paperless Office"; “Texture”, (the A.o.I.R. book of the year 2011); and “Choice” (2016). The latter examines everyday choice-making activities and considers these in light of scientific theories about the mechanics of the ‘mind’. His scientific articles cover a wide range of topics, from the social impact and design of mobile phones, to the future of search engines, to the latest incarnation of artificial intelligence.

Prior to becoming Co-Director of the Institute for Social Futures at the University, (where he is also Professor of Computer Science and Communication),he ;led research groups at Xerox (Euro) Parc and Microsoft, and was the director and founder of The Digital World Research Centre at the University of Surrey. He is a Fellow of the IET and of the Royal Society of Arts. In 2014, the ACM elected him Fellow of its Academy in honour of leadership in the field of Human-Computer Interaction. He is also a Visiting Professor in the College of Science at the University of Swansea, Wales.

I supervise students in all areas of human computer interaction, from the most technical concerns with systems' abstractions through to more general ones related o cultural change. My students have researched the specifics of interface design, the language and grammars of interaction, the philosophy of AI and the design of mobile applications and devices. My students have submited their theses in computer science, in the humanities (philosophy for example), in social science and in design. Any interested student should contact me before developing their PhD research proposals if they seek funding and support. 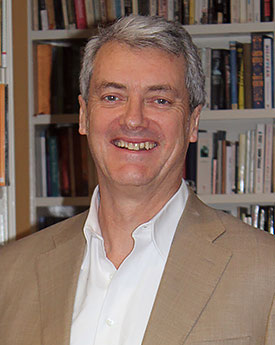