Making an impact in the fashion industry

The relationship allowed unprecedented access to the development of company policy and benefited the company as they enacted new policies.

“Pentland approached the university through their existing relationship with the Pentland Centre for Sustainability in Business looking for assistance,” says Professor Stevenson. “The Modern Slavery Act had just been introduced, saying any UK-based organisation with a turnover of £36m or more had to produce a statement each year outlining what they are doing to address modern slavery concerns in their supply chain and what steps they take to avoid that threat.

“Amy worked closely with Pentland Brands over an extended period of time. Through her action research, she became part of their Corporate Social Responsibility team as they decided how they might respond to the legislation, identify threats, and deal with issues.

“The work involved developing an audit protocol for factories and suppliers to identify the warning signs for breaches of modern slavery legislation. This included travelling to South East Asia with Pentland and participating in the audit of a supplier, and contributing to the development of their modern slavery statement.

“Working with Pentland on a live issue that was of concern to them was certainly very rewarding, and it improved everyone’s understanding of an unfolding area as they responded to brand new legislation. We were helping to shape how they did that.” 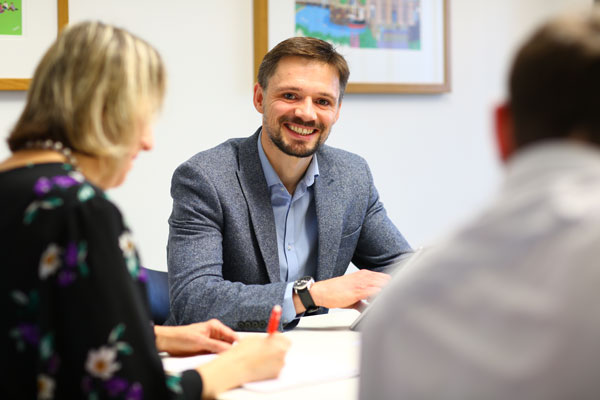