Helen Bridgett (Marketing, 1987, County) moved from a career in marketing into writing. Her most recent book is set in a very familiar location!

"I was at Lancaster in the 80s when hair was big, but the campus really wasn’t. I studied Marketing and afterwards worked for Abbey National and then Tesco. There, I was seconded into a new team – a team charged with researching potential opportunities with this new technology that was emerging – the internet.

Back then, it was considered career suicide to be joining a team of geeks, trying to persuade people to shop with dodgy dial-up connections and CD-ROMs. We persevered and during a truly incredible time when online shopping was in its infancy, we eventually got there. Our little team created the world’s largest online grocery service. I still remember the day we received our first order and wondering whether one day, many more people would shop like this.

Fast forward several years, a few more marketing roles and then redundancy. When this happened I realised that I didn’t want to go back into the world I’d just left. It was time for something different.

I began writing as a transition activity. I’m not the type of person who can sit around doing nothing and I need deadlines. So, I set myself one – to write a novel by the end of the year and give it to my sister as a Christmas present and after a few false starts, I got there. I’d written 85,000 words! People often ask authors whether it’s truly magical to hold your own book in your hands and it is, but my very favourite part of the whole process is when you finish the first draft. Before anyone sees it, before the publishing process starts – when it’s just you and your work. That’s my favourite part.

My time at Lancaster shaped both my career and my writing. Marketing is about being creative, developing ways of communication and writing is similar. I’ve written six novels and protagonists have to have jobs, so my early characters often worked in marketing one way or the other. They’ve developed marketing plans, hosted advertising shoots and held research groups. I loved the topic from my first lecture and throughout the years it has provided me with many fabulous opportunities.

My most recent novel One by One has a closer link to Lancaster. It is my first crime piece and features a Professor of Criminology called Maxie Reddick. She is part of the fictional Lonsdale University which is based in Lancashire near a seaside resort where students live – no prizes for guessing the inspiration for this location! When you choose a location for a book, you have to think about what it has to deliver for the plot. I’ve written two books in this series so far and I’ve needed somewhere coastal and somewhere near canals with converted warehouses. Lancashire delivers both. I also wanted a campus University with expansive grounds and while I’m writing, I often picture my Professor taking a stroll down to the duck pond! " 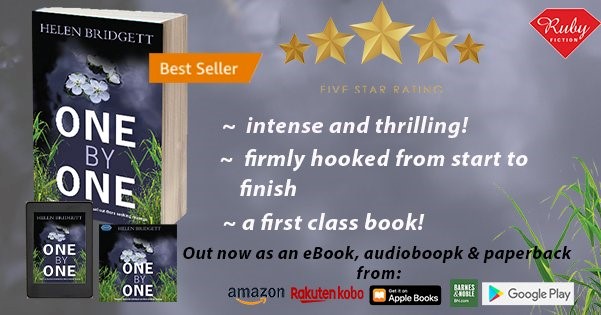 My time at Lancaster shaped both my career and my writing.