Climate change and warming seas are transforming tropical coral reefs and undoing decades of knowledge about how to protect these delicate and vital ecosystems.

Many of the world’s coral reefs are seeing biodiversity plunge in the face of repeated coral bleaching events.

Protected areas, called marine reserves, are an effective and long-established tool in the conservation toolbox. Marine reserves have been used for decades to enhance biodiversity and fish biomass by preventing damage and over-exploitation by fishing.

However, a new study highlights that tropical coral reef marine reserves can offer little defence in the face of climate change impacts. And the changes that are being observed will force scientists, conservationists and reserve managers to rethink the role these protected areas can bring.

“Climate change is so fundamentally changing the structure and composition of coral reef ecosystems, that the way the ecosystem functions and responds to common management and conservation approaches needs to be carefully re-evaluated,” explains Professor Nick Graham of Lancaster University and lead author of the study. “The rules we have come to rely on, no longer apply.”

Bleaching occurs when seas become too warm, causing corals to expel their colourful algae. This disrupts the ecosystem and reduces the availability of food and shelter for many fish species.

Some coral reefs are able to recover over time, while others are transformed and become dominated by seaweed.

The new study, published in the journal Nature Communications, focused on reefs and marine reserves in Seychelles. Coral reefs in Seychelles were badly affected by a bleaching event in 1998, when around 90% of the coral died. Scientists used data from 21 reefs over a 20-year time period, spanning the 1998 bleaching event, to explore how reefs have changed and how this has affected the role of marine reserves.

“Following the bleaching event, the role of the marine reserves changed substantially. They no longer supported higher coral cover compared to adjacent fished areas, and their role in enhancing biodiversity decreased. Plant-loving fish, such as rabbitfish and parrotfish, dominated fish communities. This was the case for reefs where corals were recovering, as well as reefs transformed and dominated by seaweed.”

Reduced numbers of carnivorous predators, such as grouper and snapper species, show reserves are much less effective at protecting the tops of food webs in the years following bleaching events. These population drops are likely due to fewer fish for them to prey on after the loss of coral reef structures.

Dr Shaun Wilson, of the Department of Biodiversity, Conservation and Attractions in Western Australia, a co-author on the study, said: “Despite these climate-driven transformations, marine protected areas still have a role to play in ocean conservation. It is encouraging that marine reserves continue to protect some species, especially when these species are critical for local fisheries.”

Gilberte Gendron of the Seychelles National Parks Authority, adds: “Although these reordered marine reserves are less biodiverse, they are still important to maintain. This is because, when compared to openly fished areas, they still protect higher levels of fish biomass of species that are important to our local fisheries. For example, the protected herbivorous fish can spill out into openly fished areas and help support adjacent fisheries.”

If the goal is to protect biodiversity then it may be better to target new marine reserves around those coral reefs where the rate of warming is slowest, or those where recovery from bleaching is more likely.

While the scientists say marine reserves still have an important role to play in protecting fish biomass, they call in their paper for urgent reductions in global greenhouse gas emissions, as well as other pressures such as poor land practices that input nutrients and pollutants to coastal waters, to protect tropical coral reefs. 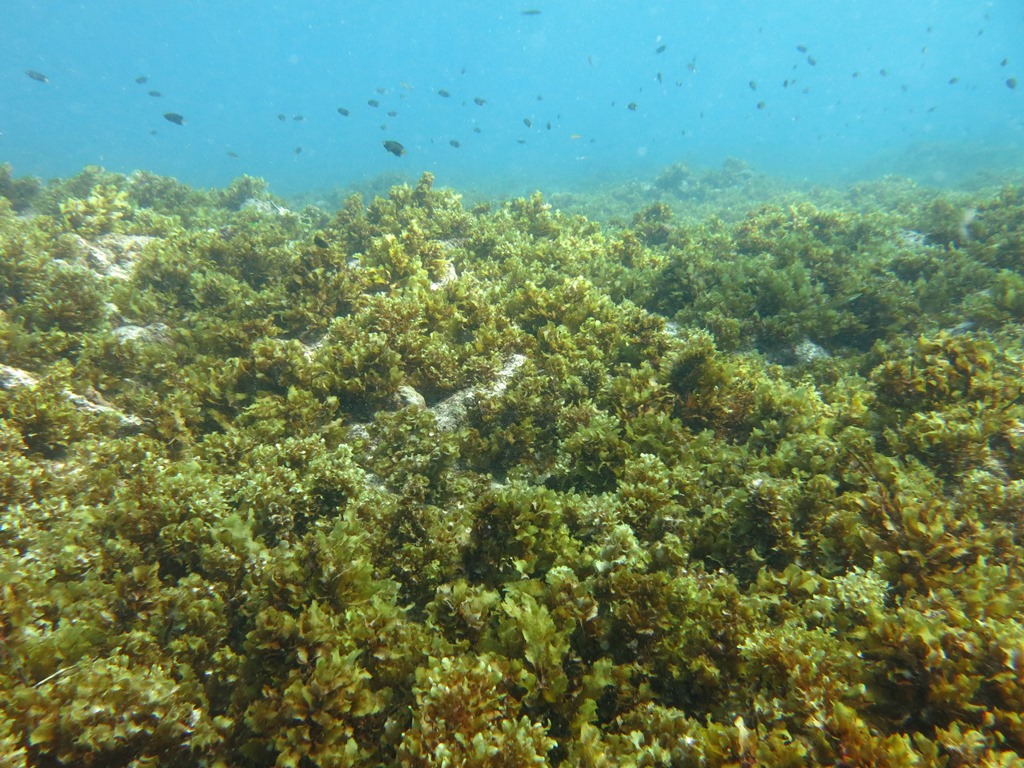 Climate change is so fundamentally changing the structure and composition of coral reef ecosystems, that the way the ecosystem functions and responds to common management and conservation approaches needs to be carefully re-evaluated.