Work Experience: My Arts Marketing Internship with the Dukes Theatre

Toby is a third-year BA Sociology student and is an editor for the student newspaper, SCAN. While he’s had an interest in Arts for years, he had never considered a role in Marketing. Then, in his second year, Toby had the chance to do a 14-week summer internship in the Marketing team at the Dukes – a professional producing theatre in Lancaster. Working in the lead up to the opening of the summer outdoor production, this role helped him explore the field of marketing within the Arts, and opened his eyes to a career path he wouldn’t have otherwise considered. Here he describes his experiences of the show’s opening week.

I’m only in my fourth week at The Dukes and it already seems like I’ve been here for months! There can be anywhere between two to seven people in the marketing office at once, so every day is different. The Dukes is so much bigger and does so much more than you’d imagine, especially some really cool work with the community from their Creative Learning department.

My week starts with a regular meeting with marketing colleagues, the Head of Development and the Head of Box Office. We discuss our plans for the week, how the productions are selling and what could be done to improve.

After the meeting, I create a mailer promoting one of the flagship plays for the autumn season. I really enjoy using MailChimp to design emails, following the Dukes’ template.

Most of my work up to now has surrounded this year’s Williamson Park show, and I have been put in charge of running of The Dukes’ Instagram account to help promote it. When it opened, I was there to post live throughout the night and assist the onsite photographer and filmmaker. After the show, we approached members of the audience to film short reviews to use as vox pops in a trailer to promote the production.

The following morning, I made the most of the sweltering weather by delivering autumn season guides and park show flyers to local businesses around town. I’ve learned that while most marketing happens online, print distribution is still very important, because it gives something for customers to pick up and browse.

I’ve also been writing a marketing plan for two of the Autumn Season’s more niche productions. These shows look really interesting, but might not inherently appeal as much to mainstream audiences. To help with writing my plan I’ve been introduced to the Audience Finder Spectrum Groups – profiles of the types of people that might attend the theatre, based on cultural interests and socioeconomic class. I look at different ways that we could target each group, and then research contact details of relevant community groups and university societies that may be interested in each production, aiming to attract a wider audience.

After a successful press night, I had to think about the key messages from The Three Musketeers that could be used to market the show. Due to the gender-spin of this particular production, I summarised this mostly to be surrounding acceptance, equality and community which are important principles to teach younger people in a family show. I used this theme – along with some of the fantastic early audience reviews – to produce an emailer about how the opening week has been going.

This week, I finished by going through some of the production shots of the park show taken by the professional photographer, to create a schedule for next week’s Instagram posts.

I’m really grateful to be on the Internship scheme, it’s been brilliant to be a part of. It’s made me fully aware of what I want to do in the future, and has propelled me leaps and bounds into it. I’ve also been offered a permanent part-time job at The Dukes! 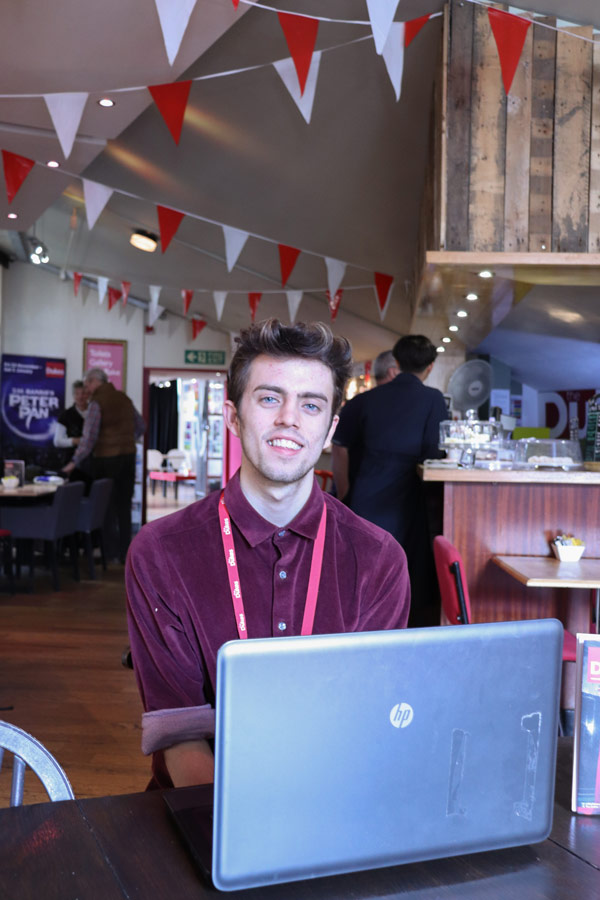 A top 10 university with a global reputation.

The Campus and the City

Our campus and the surrounding area is a great place to call home.

Your college will be your home away from home.

Career support for our students through university and beyond.

Build your global community on campus and around the world.