On receiving a phone call from a member of the call team in February 2017, Steve was reminded of the following 'fishy tale'.

"As a first year student of Furness College in 1976, I was allocated accomodation in a (now demolished) block called Colton A, together with around nine other fellow freshers. As we got to know each other, one turned out to be a keen fisherman. Whilst many of us played sport on a Wednesday afternoon, this student trotted off to the Lancaster canal for a spot of fishing. In the evening, we all got together in the kitchen to talk about the day’s sporting successes and failures. Our fisherman friend duly told us about his catch. However, he was always doubted as to the amount and size of the afternoon’s catch, as he claimed to have thrown all fish caught back into the canal at the end of the day. We demanded some proof !

Week after week of gentle ribbing followed, until he declared ‘Right, I will bring back my best fish to show you all, you non-believers’ roughly translated from his northern brogue. The following week he duly returned with a relatively small, but nonetheless fine, specimen of a pike. As he showed it off to us all in the kitchen, holding it by its mouth using his index finger, I remarked ‘it moved !’.  He replied something along the lines of ‘rubbish, it’s been out of the water and dead for hours’. Then I said  ‘look it moved again’. To the astonishment of all, the fish really did show signs of life.

We all rushed round to the shower block, put the fish into the shower tray, and turned on the water. It really was showing more and more signs of life. Now we had a problem, a live fish in the showers – but the canal was too far away, and nobody had a car anyway. What do we do ? Someone shouted ‘Lake Carter’. With no obvious alternatives (pike don’t taste that good, and it was very small), we found a plastic bag, put the fish in it and filled the bag with tap water. En masse, we trotted out of Colton A, through the spine and made our way down the hill to Lake Carter. Gathering around the lake edge, our fisherman friend said ‘here goes’, and the fish was gently eased out of the plastic bag and into the water. After a few hesitant moments of disorientation, our brave little pike swam away to enjoy the rest of its life, never to be heard of again – or so we thought !

Many, many years later I heard a story (I don’t remember from where, and even whether it was true) that a ‘giant’ pike had been found in Lake Carter when it was being drained & dredged, and nobody could understand how a river species like a pike could have got into the lake. It got me thinking !  To this day, I wonder if our little pike of 1976 had spent the rest of its rather lonely life (no chance of finding a mate in the lake), albeit without natural preditors or enemies,  gorging itself into obesity on anything that lived in or on Lake Carter ?

We may never know, but it works for me !" 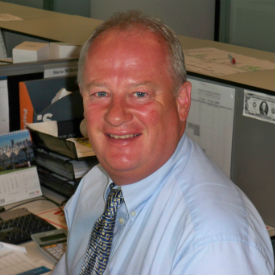 The fish really did show signs of life