Sarah Rapson (Mathematics, 1989, County) tells how her time at Lancaster helped her achieve a succession of challenging career positions

As a key figure in creating the regime to allow European Economic Area financial companies to continue trading in the UK post-Brexit, Sarah Rapson is daily called upon to identify solutions to difficult problems and to convey them to large groups of people - skills she says she learned at Lancaster.  Now Director of Authorisations at the Financial Conduct Authority (FCA), Sarah says: “One thing I learned there, that set me up for the rest of my career, was how to make a case for something in front of 200 people. Having to do that when I was on the Lancaster’s Student Union Executive Committee was definitely putting myself out of my comfort zone.”

She admits that now she enjoys the taste of this kind of challenge, which she can not avoid as leader of a team of 400 people, working out how to update their working methods to cope with an expected increase in demand as EU-based financial firms prepare for Brexit.

This involves a measure of prediction, which draws on Sarah’s mathematical skills. She says: “It’s about understanding the numbers and seeing the patterns. Many people are scared of numbers, but it has been fantastic to have been given the skills to discover the patterns in them.”

Born and bred a Londoner, Sarah could not have predicted on her arrival at university that she would be on the list of 100 Women to Watch, and hold a senior position in an important financial regulatory organisation. Her driving force in coming to Lancaster from her London comprehensive, was to be a long distance from home, where the inability to ‘pop home for the weekend’ would guarantee she would learn to be independent. She had never been away from home before, but was immediately impressed by the friendliness of local people. Mathematics was her major subject, with English as her minor - which between them have given her the words to explain the numbers. She remembers doing a dissertation on all the ways one could win at noughts and crosses - a task of minutes now with the help of computers and Google, but then requiring days of research in the university library.

“I enjoyed the academic work,” says Sarah, “but the main point of university for me was participating in social and political activities, and in broadening my outlook.”

County College gave her the opportunity to try her hand at student politics as Welfare Officer.  She also became involved in campaigns for South African student scholarships, and to increase Aids awareness on campus, as well as taking part in a march against student loans. This gave her so much satisfaction that after graduation she campaigned for election as Student Union Education and Welfare Officer for a sabbatical year - the only woman on the SU executive. Her greatest pride in that 12 months was to persuade her colleagues to create a new SU role of Women’s Officer. She also involved herself in delivering the Alternative Prospectus and in housing issues.

Following her extra year at Lancaster, she won a management trainee post at the Woolwich Building Society, which provided her with the skills to manage people, systems and money and set the pattern for her career. After jobs with Barclays and American Express and an MBA at London Business School on the way, she joined the Civil Service as Operations Director in the UK Passport Service.

This was the start of 11 years in the Civil Service, during which she became Chief Executive for the Identity and Passport Service and built a reputation for boosting performance. She was then appointed as the UK’s first Director General of Visas and Immigration with 7,500 staff and a budget of £3/4billion, brought in as part of Theresa May's programme to restore the system's credibility. “This is where I came face to face with high politics,” says Sarah. “Immigration is one of the most politicised parts of government, and our work was under constant scrutiny from MPs and the media.”

Her decision to leave the Civil Service in 2016 to join the FCA was the attraction of a job that married her existing experience in both government and retail financial services, but she remains as committed to broadening her outlook as she was as a student, recently becoming a non-executive director of a NHS Trust.

The countdown towards Brexit ensures that Sarah can guarantee that her work will keep her on her toes, with a need to respond swiftly and decisively as the its implications for the financial sector become clearer, but she relishes the challenge.

“I’m definitely more natural in a situation of challenge than I would have been had I not been to Lancaster” muses Sarah. ““I would have found it much harder to develop the confidence to appear before Parliamentary Committees or in the media had I not forced myself all those years ago to get elected to the SU and then to stand up in front of my peers and defend my decisions.” 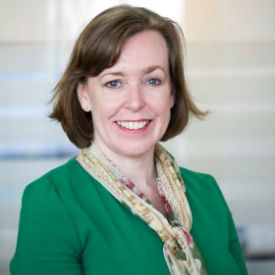