What made you choose Lancaster University for your degree?

My sister went to Lancaster; I went up to visit her, and was smitten. I hadn’t planned to go to university, but visiting Jo (who was also in Pendle) changed my mind. The course looked brilliant and they accepted me as a “mature” student – I was 22.

What is your fondest memory of your time here?

So many things, I can’t name one single thing. Firstly, the incredibly close friends I made, many of whom are still my closet friends today. My course was brilliant. The engagement with student life – I was very active in Pendle and in the Student Union, I held several positions – Social Secretary of Pendle, Consti-Com Chair (can’t even remember what that was!), Society’s Council Chair. Being near the Lake District and just being able to jump in the car and get into the countryside. The theatre productions I was involved with. The nights out and working at the Sugarhouse. The political engagement. Everything!

What was the most valuable part of your student experience?

Two things. Firstly the fact that the course was modular and I could piece together the 9 units according to my interests. So as well as some of the standard theatre studies modules, I also did two units in contemporary feminist studies and three units which were “enterprise” units – all of which were essential training for the career I ended up having. They included managing a large theatre production company in Edinburgh for the summer, doing 5 shows in 3 venues which we ran ourselves and directing a large musical on campus.
Secondly, attending the National Student Drama Festival in my second and third years. NSDF showed me that I could have a career in producing and managing theatre. I stayed involved with the organisation after I left university and have been Chair of the Board since 2012.

Who or what particularly inspired you when you were here and why?

My lecturers in the Theatre Studies Department. Margaret Eddershaw, Keith Sturgess, Gerry Harris, Andrew Quick, Baz Kershaw, Pete Brooks. They were all brilliant and inspiring. Also my fellow students (most of whom were Labour Students with a sprinkling of Greens) who I campaigned with on many issues – the infamous rent strike of 1991/2, the Gulf War, the Nestle and Texaco boycotts, Reclaim The Night protests and many other issues we all felt strongly about.

Do you keep in touch with other alumni since you graduated? If so, have you been back to visit at all?

Yes, I am still very close friends with the group of us that bonded over politics and were involved in the Student Union. We were all doing different courses, in different colleges and were in different years, but we campaigned together and felt the same about the key political issues of the day. That group of us still see each other all the time, we go on holiday together, we are great friends.

I am also still in touch with a few people from my course, a few people from Theatre Society and a handful from my college. I have been back a couple of times, but not in the past 10 years. When I last went back we sat on the steps in Alex Square and reminisced about the occupation of Senate House during the rent strike.

Is there anything you particularly miss about student life?

I wouldn’t say that I miss things, but I think back on those years with enormous joy and fondness. It was such enormous fun. The course was great, the people were fantastic, the social life was brilliant, the political activity was exciting, we were in beautiful countryside. It was a magical 3 years.

How did your career progress?

I got a job in theatre producing straight after graduating and have been working in the theatre industry ever since. I started out working for small scale touring theatre companies, then became Finance Director of the Royal Court Theatre. I was CEO of two large regional theatre complexes (in Northampton and Sheffield) and I've worked extensively in the West End - I was General Manager at Really Useful Theatres, Director of Theatre Production at Working Title Films and most recently Executive Producer at Sonia Friedman Productions. Shows I have worked closely on in recent years include Billy Elliot the Musical, Hamlet (starring Benedict Cumberbatch), Funny Girl (starring Sheridan Smith) and the recently opened Harry Potter and the Cursed Child.

What do you enjoy the most in your work?

I’ve enjoyed my career enormously. I am privileged to work in an industry I really love, with fabulous and talented people who are really committed to what they do, on shows that are amazing. I love producing shows, both musicals and plays, and feeling that I have been a part of what is up there on a stage entertaining people every night. I love seeing the audience’s reaction to productions I have been a part of. I’ve enjoyed all of my jobs immensely, but my favourites were probably the 5 years I spent at the Royal Court, when Stephen Daldry was Artistic Director and the 5 years I spent at Working Title Films working on Billy Elliot. They were very special times.

What has been your greatest achievement so far (in any aspect of your life?)

Gosh that’s a hard one. On the work front, I have enjoyed my career to date immensely. Even when I was doing my enterprise units as a student I said that I wanted to work really hard but also have fun at work, otherwise what's the point and I have a LOT of fun. My motto has always been 'work hard, play harder' and I think I've achieved that. But more than that and I don't know if I'd call this an achievement as such, but it's something that makes me very happy, are the friendships and relationships I’ve made and kept along the way, from school, through university, and then through my working life. My friends are incredibly important to me, and I love the fact that I am still really good friends with so many fabulous people that I have met and worked or played with throughout my life.

What advice would you give to today’s students?

Grab every single opportunity that is available to you while you are there – join clubs, meet new people, party as hard as you can, get a good degree, get involved in issues and people outside your course that interest you… don’t waste a second of those 3 years. 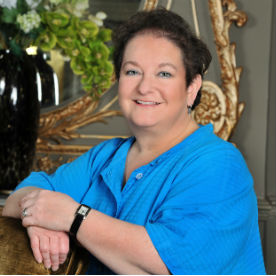 The course was great; the people were fantastic, the social life was brilliant!