Jim Edwards (Sociology, 1991, Cartmel) describes how an interest in journalism at Lancaster led to setting up the UK office of Business Insider UK

Jim Edwards is a hands-on editor. On day one of opening the UK office of Business Insider UK in 2014, he was the first person into the empty office, he opened his laptop and started from scratch to build the UK’s equivalent of the largest business news site in the US - in much the same way that he used to edit the student newspaper, Scan, whilst at Lancaster.

Technology may have moved on since he left Lancaster and Jim now heads a team of 50 in London, working for a US company which can boast 100 million visitors a month across the world, but he is amazed at how similar the skills are to those he learned as a student.

Says Jim: “Much of what I learned about editing at university is in essence what the job is like in the rest of life. Now I am just running a bigger version.”

Journalism took him from Lancaster to the US for 20 years, where he built a formidable reputation for investigative journalism and won several major awards. His articles have led to changes in US law and have been cited in Supreme Court discussions on the use of the lethal injection. His introduction, he says, was a story he did for Scan revealing the cost of new railings put up outside University House after a student occupation.

Brought up on the Wirral, he came to Lancaster knowing that he wanted to become a journalist. He set out to study psychology because the editor of the Liverpool Daily Post had told him to learn about the world and that journalism could be learned later. He was attracted by the university’s top ranking for the subject and the open day tour won him over to the charms of the campus.

Once at Lancaster he was soon attracted by the politics of sociology and decided to switch from psychology. His transition to university was smooth, he relished the social life revolving round the corridors and the colleges, and counts his time there as the happiest years of his life. He worked hard and remembers looking forward to featured lectures by Professor Nick Abercrombie, a shrewd commentator on British society. He also took the unusual step of taking women’s studies, which he says was ‘an eye opener for a young man’ as well as giving him new insights.

In his last two years he wrote for Scan and committed himself to being published every week. He also drew a weekly cartoon, as the only person on the team who had the skills to do it. These were exciting times to be an aspiring journalist - post Thatcher, with rent strikes, protests and occupations happening on a regular basis. It provided plenty of fodder for Scan under his editorship.

Taking on the role, and running for election, provided him with valuable management skills in addition to teaching him what it required to bring out a newspaper every week. He says: “I learned  that you have to persuade people from where they are, rather than demanding that they follow you because of who you are.”

After graduation he had jobs driving a fork lift truck in a cardboard box factory and at the Sugar House before following his then girlfriend to the USA, where he started as Assistant City Editor for the Herald & News in Northern New Jersey. Since then he has worked for a number of publications including Brill’s Content, Adweek and Slate, picking up the Neal Award on the way. He was also awarded a prestigious Knight-Bagehot Fellowship at Columbia University in recognition of his achievements.

He joined Business Insider in 2011 as Senior Editor, based in New York, and was Deputy Editor when he was asked to move to the UK to set up a new operation in 2014. Business Insider pioneered digital business news coverage in real-time. The site’s target audience is the next generation of business leaders. It covers finance, technology, politics, entertainment and the digital industry.

From a launch crew of six people, Jim and his team have built up to a staff of 50, with 7 million visitors a month – about six times the number visiting The Financial Times.

Jim acknowledges Lancaster’s contribution to getting him where he is today. He says: “The sociology course gave me a really good grounding into UK and US politics, which was very useful, but to leave university with the experience of having published a newspaper for 30 weeks a year was invaluable.” 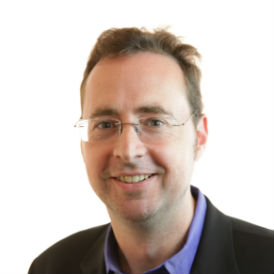