In March 2018, The British Council announced the 12 finalists for the Study UK Alumni Awards 2018 in Pakistan.

The 12 finalists were selected from more than 150 applicants from across Pakistan, for their outstanding achievements as business professionals, entrepreneurs and community leaders, and for their important contribution to strengthening collaborative ties between the UK and Pakistan. The three award winners were finally selected and announced at an award ceremony on 20 March 2018.

The Professional Achievement Award, recognises alumni who have distinguished themselves through exemplary leadership in their professional field and the award was won by Dr Aroosa Kanwal, Assistant Professor in English Literature at International Islamic University, Islamabad (IIUI), Islamabad. Dr Kanwal received her PhD from Lancaster. She is the author of Rethinking Identities in Contemporary Pakistani Fiction: Beyond 9/11, which was awarded the Coca-Cola Prize at the Karachi Literary Festival in 2016 for the best non-fiction book of the year. Her monograph is the first book of literary criticism from Pakistan in the field of literature and is currently editing the first Companion to Pakistani Anglophone Writing, which will be published by Routledge in the UK.

Dr Aroosa Kanwal commented,  “Winning this honour would not have been possible without transformative scholarly experiences and inspiration I have continued to receive from my supervisor and advisors even after graduating from Lancaster. It goes without saying that this clearly shows their keenness to go above and beyond to ensure that their students succeed and excel even beyond graduation. I owe my accomplishments so far to the critical and creative atmosphere of the Lancaster where the tradition of interaction and exchange of ideas between the faculty and the international student body proves to be an enriching experience.” 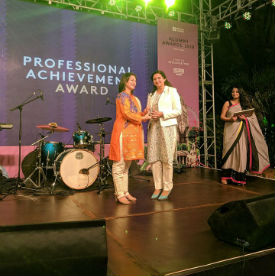