In the highly-competitive world of publishing, Emily Robertson is often grateful for the skills she developed as a result of the weekly English seminars at Lancaster

As commissioning editor for non-fiction at Viking/Penguin, a key aspect of her work is talking to people, presenting her ideas and winning people around her point of view. She says: “That’s a lot of what doing English at Lancaster is all about!”

It is not a skill that came naturally to her. Describing herself as “the most quiet and shy person” on her arrival at university, she left having identified her career path, volunteered for a charity in India and with the skills and determination to find her way into the tough world of publishing.

Brought up in Stoke-on-Trent, Robertson decided to study at Lancaster purely as a result of serendipity. She was on her way home on a train from a rather low-key open day at a Scottish University with her grandfather, when she caught sight of the bright water as the train crossed a bridge near Lancaster: “It was so beautiful that I wondered whether there was a university in the town I was looking at.” She made enquiries, visited on a sunny day and loved the Lancaster campus on sight.

At school she had been intent on becoming an artist until a theatre visit to see Shakespeare’s Hamlet, proved ‘an epiphany moment’, convincing her that her destiny had to be with words. So she switched her A levels from science to arts subjects and applied to university to study English Literature. Being at university had a very large and rapid impact on her. The retiring teenager quickly became involved in college life at County to the extent that she amazed herself by running for the JCR hustings before the end of her first year.

She attributes this change to a combination of the supportive college atmosphere and the structure of the course, incorporating weekly seminars requiring students to speak and to explore ideas with others. She says: “It has taught me skills that have continued to be important in my professional life.”

Academically she found the first year challenging after the comparative hand-holding of sixth form - although she relished being able to study history and philosophy to complement her English. Her grades reflected that and she says: “I realised that I had to look out for myself and that no one would do it for me.” From the second year onwards she found her feet, with opportunities to study subjects like Modernism, which allowed her to experiment with expressive writing. She particularly enjoyed working with Professor Lindsey Moore on contemporary and postcolonial literature.

This gave her the confidence to write for the student magazine SCAN, for which she became Comment Editor in her second year. That also proved invaluable experience for her current job: “It was a steep learning curve, working with people whose writing is coming from a very personal place. You learn to put forward criticism in a sensitive way.”

A visit to the University from publisher Matthew Frost to give a talk, persuaded her to go into publishing. She collared him afterwards and asked for a placement over the summer at Manchester University Press. After her finals she went to do a Master's degree in Publishing at Oxford Brookes, which gave her the space for internships with a number of publishers and literacy organisations including World Book Night.

Socially Robertson was very active at Lancaster, particularly with the volunteering arm of the Student Union, 'Involve', working with schools in India. She went out there for three weeks during a vacation setting up links to gather stories from India and to share them in small Lancashire schools. This was something she believed in and which she know would make her stand out from the crowd.

Her first job was as an Editorial Assistant at Hodder & Stoughton, swiftly followed by a promotion to Assistant Editor. In summer 2015 she joined Penguin as a commissioning editor, acquiring non-fiction titles for the Viking and Penguin Life lists.

Robertson’s job requires her to have a finger in every stage of the production of a non-fiction book, from initial talks with the author, the commissioning process, working with them on how to produce a book, championing it alongside other titles, briefing designers about covers, all the way to publication.

Whilst 80 per cent of her time is spent on the phone or dealing with emails, she also has much reading to do and books to take home at night. In 2016 she saw the publication, Emotional Agility,  the first book she has seen through from concept to publication. She is now working on a string of titles with subject matter as varied as mindfulness, the Danish concept of hygge, and British native fish.

The fact that she has the job at all she believes, is to a great extent down to having done so many internships. In her view they give an opportunity to students to build up an invaluable track record, to allow them to stand out from the crowd when applying for jobs after graduation.

She says: “If you go through the normal channels it is hard to get ahead in publishing. It is all about looking for events, doing work placements and making personal approaches.” 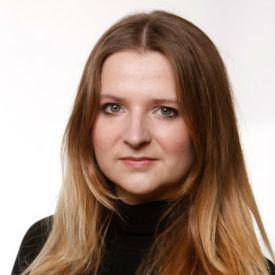