Hi everyone! I’m Chelsey, a 3rd-year Business Economics student, currently on placement at Network Rail, based in Manchester Piccadilly station. I started placement on the 9th September 2019 and it has been a major learning curve. I’m elated to be a digital content ambassador once again, to share my placement journey with each of you!

At the beginning of March, I reached the halfway mark of my placement year. It’s shocking how much you can learn and experience in just six months. The knowledge one can grasp is endless, but what’s most amazing is the ability to make lasting connections with incredible people.

Over the past six months, I've worked with Station Management on various tasks and projects. With guidance from my line manager and mentor, I’ve set different objectives for myself, allowing me to expand my knowledge on the Station’s operations and management aspects. Being on a General Management Placement has given me that freedom to work in different areas of the business. Undoubtably, working in this dynamic environment has pulled out some of my best qualities, while giving me that nudge to improve in some areas.

What have I been up to?

Supporting the daily operations of the station

I've shadowed the role of Shift Station Manager outside of the regular working hours. Yes, I did a late shift, 14:30 till 22:00 precisely. I also spend time on two of the station’s busiest platforms, platforms 13 and 14 (if you know, you know), assisting in times of disruption.

One task which causes my brain to run a mile a minute. However, it has allowed me to understand the process surrounding HR cases, investigations and grievances.

I've been able to conduct interviews alongside other managers for roles within the station. It’s quite remarkable to sit on the other side of the desk, listening to candidates share their skills and abilities, and then make a totally unbiased decision based on who will be best for the company.

Network Rail also has an outstanding graduate scheme, where graduates move around the business completing different placements. I’ve been tasked with organising one-week placements at the Station, which gives them a general understanding of the various roles here. I also conducted a station tour for a group of young men with autism, and their parents, which allowed them to experience the daily operations. 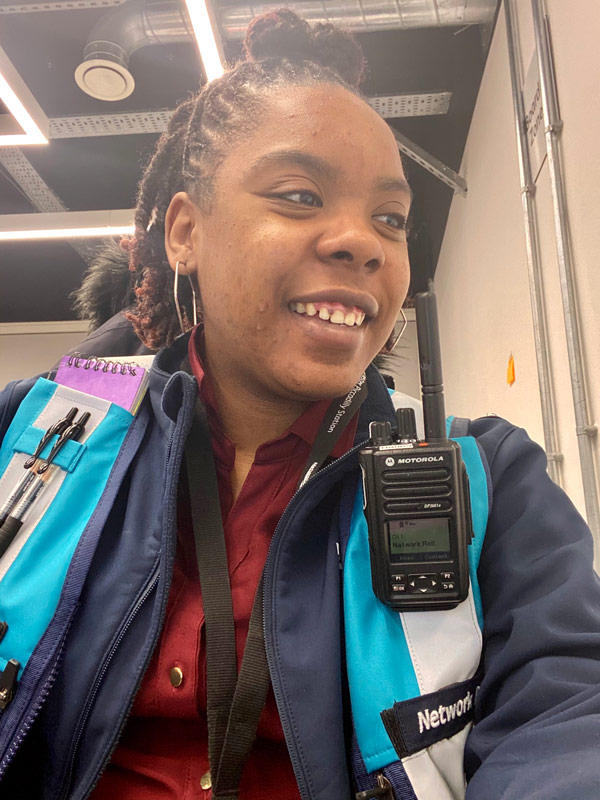 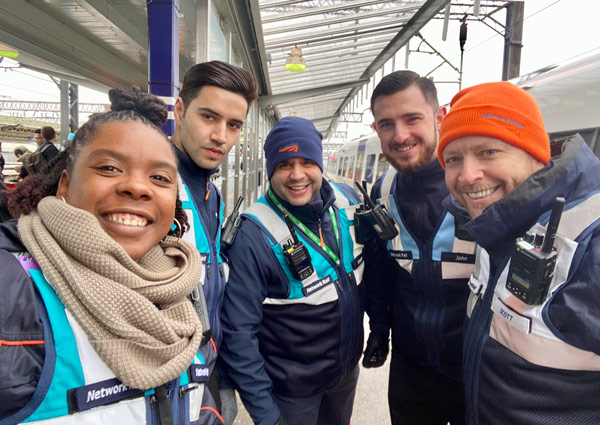 Four issues later, I'm still cracking on with the station's monthly newsletter, along with a new piece entitled "People of Piccadilly" - highlighting the different station roles and the individuals involved. The feedback from staff has been very welcoming, as it keeps them in the loop with what’s happening at the Station.

We’ve recently hired a new team of CSA’s to run platforms 13 and 14 as a ‘station within a station’. There are 35,000 – 40,000 passengers who come through these platforms – that's more than Nottingham Station. While the plans to expand the actual infrastructure is being decided, the new permanent team is there to keep passengers safe and provide exceptional customer service.

I have been tasked by the Platform Manager to undertake a publicity campaign to highlight the new team and improve our online relationship with passengers travelling through these platforms. Thus far, with support from the Regional Communications Team, the new initiative has been shared nationally, both internally and externally, via BBC North West and Network Rail’s website. By April 30th I am expected to complete the full breadth of this project, by completing 4 videos and blogs aimed at educating passengers while sharing the admirable working taking place at Piccadilly.

Platforms 13&14 'station within a station'

The support is endless...

LUMS continues to provide exceptional support to me and many other placement students. This has been expressed through regular emails, LinkedIn posts and a scheduled placement visit. I will never forget my first few weeks at the Station. A time of adjustment, that required some mental, emotional and spiritual strength. To some, new environments aren’t daunting but to others, like me, the adjustment period requires a bit more effort. The support of those around me, the welcoming nature of my colleagues and my own self-belief have allowed me to grasp hold of all the opportunities presented to me with much enthusiasm.