I am a PhD student working on the T2K and Hyper-K experiments under the supervision of Dr Helen O'Keeffe.

The Tokai to Kamioka (T2K) experiment is a long-baseline neutrino oscillation experiment based in Japan. Charged current (CC) neutrino interactions are of particular importance to the oscillation analysis of the experiment. The CC interactions at the near detector can be used to reduce the systematic uncertainties in the prediction of the number of oscillated events at the far detector. CC samples from the off-axis near detector ND280 are split into three categories based on the number of charged pions in the final state: events with no charged pions in the final state (CC0pi), events with one charged pion in the final state (CC1pi), and events with any other number of mesons in the final state (CCOther). The CCOther sample contains all CC events with a final-statepi0, almost 99% of which decay to two photons. This work aims to develop a selection to divide the CCOther sample into two samples, based on the presence or absence of photons in the final state. The resulting CCPhoton sample is a higher purity multiple pion selection at the near detector than the traditional CCOther, giving a better understanding of the underlying physics and a more robust analysis. With extrapolation to the far detector, Super-Kamiokande, the CCPhoton sample helps constrain background in the one ring electron-like sample, and signal in the multi-ring sample. In turn, this can help to constrain overall event rates and neutrino energies at the far detector. 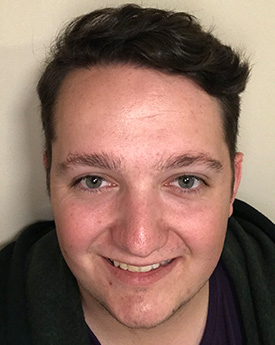