Elucidating the exposures and experiences of vulnerable communities to poor air quality has been a key focus of the Environmental Justice movement. This has traditionally focused on demonstrating the extent to which air pollution is equally —or unequally—distributed across particular defined social groups. This is commonly referred to as distributive justice.

Research has largely focused on distributive justice and outdoor air pollution and is commonly translated into exposure-based assessments of likelihood for health consequences, expressed quantitatively, in a host of statistical analyses and models. This traditional, ‘normal’, way of doing air quality science has come under heavy criticism for not being suitable to address the contemporary risk landscape. It is in this context, and these perceived shortcomings, that the idea of a ‘postnormal’ science was proposed as a normative framework for when “facts are uncertain, values in dispute, stakes high and decisions urgent” (Funtowicz & Ravetz, 1993).

Citizen Science has emerged as an increasingly popular tool for meeting the idea of postnormal concept of doing science through promoting an extended peer community and extended facts. Moreover, in re-establishing who is a legitimate practitioner of science, reframing the roles that the general public can play in the creation of scientific ‘facts’, from being the recipients of knowledge passed down by scientists to being active participants in the scientific process. However, Citizen Science is not a homogeneous activity, with some projects using citizens to contribute observations to the scientific enterprise, and others emphasizing the intertwinement of science and society and emphasizing on a ‘democratisation’ of science.

Notwithstanding the different conceptions of what Citizen Science constitutes, its effectiveness has been shown to be heavily influenced by standards and standardised practices. This has led to the emergence to claims of epistemic injustices, which seeks to explain how laypersons are precluded from full participation in the processes of fact-collecting through institutionalised misrecognition of their credibility. Lay persons who participate in citizen science projects are often primarily fighting epistemic injustices: citizen scientists go against the scientific hegemony by asking different questions, giving importance to different factors, and asking for different standards of proof. Citizen science is as much a sense-making exercise as it a data-making exercise.

Through a series of linked case-studies this PhD research aims to investigate the epistemological implications of the proliferation of citizen science on epistemic justice, and elucidate the experiences of scientists and laypersons in the process of generating air quality data.

I deliver the LEC 101 lecture on environmental justice and air quality.

This lecture examines who, in social and geographical terms, lives with the consequences of air pollution. Is bad air quality distributed equally according to differences in income, ethnicity, or age? Or does pollution follow some in society more than others? 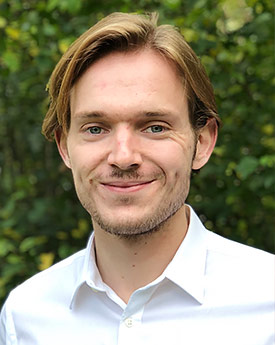