She has a BSc in Geophysical Sciences and a PhD in Volcanology, both from Lancaster University.

Emily is also involved in local sustainability initiatives and Green politics. From 1999 to 2011 she was an elected member of Lancaster City Council, and since then she has continued to be active in the Green Party, including being elected as the party's Northwest Regional Coordinator from 2004 - 2015.

From 2012 to 2016 she was a non-executive director of LESS - a Lancaster-based Community Interest Company which promotes sustainable living through its local food and energy efficiency projects.

In 2019 she became the Lancaster Branch Secretary of the University & College Union (UCU), and worked with students and staff to launch a campaign for Lancaster University to declare and respond to the climate and ecological emergency. 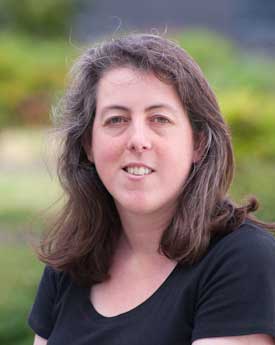