My research is concerned with mental health inequality especially in relation to age, sexuality, gender and social class. I have conducted studies investigating suicide, self-harm, emotional distress, wellbeing and happiness. My research attempts to investigate and develop understandings of the social, economic and cultural origins of mental health and wellbeing, and produce evidence which can inform policy and practice.

LGBT Youth Suicide Prevention ProjectI have recently completed as Chief Investigator (in collaboration with the University of York and Huddersfield) a Department of Health (UK Government) funded study which aimed to investigate suicide, self-harm and help-seeking behaviours of young (16 to 25 years old) Lesbian, Gay, Bisexual and Trans (LGBT) people. This was a 29-month project (February 2014 to June 2016).

For the past twenty years I have been working, teaching and researching in the field of public health within the NHS and higher education institutions. My research concentrates on mental health inequalities and their social determinants. The programme of empirical study I am developing aims to understand why and how social inequality and marginalisation influence mental health and wellbeing, and the policies and interventions required to promote the mental health of disadvantaged population groups.

My work aims to move the frame of inquiry beyond well-rehearsed psychiatric, individual explanations, instead considering the social, economic and cultural factors which underpin emotional distress. Central to my intellectual concerns are the emotions or affects that arise from particular constructions of marginalised and disadvantaged subjectivities and identities within specific social, economic and cultural circumstances. My research is interdisciplinary and draws upon sociology, public health, social psychology, queer and feminist theory, and pays attention to the intersections of class, sexuality, gender and age.

My current empirical work aims to understand why young people with marginalised sexualities and genders have elevated rates of suicide and self-harm. This has been part of an on-going interdisciplinary European collaboration between myself and the Dept. of Psychology, University of Oslo. The research collaboration has been successful in attracting funding on a number of occasions and has culminated in a recently published book ‘Queer Youth, Suicide and Self Harm: Troubled Subjects, Troubling Norms' (Palgrave, 2016). In addition, I have completed, as Chief Investigator, a Department of Health funded study investigating LGBT young people, suicide, self-harm and help seeking. This is the first national study of this disadvantaged population group and it provides evidence to support the National Suicide Prevention Strategy.

I have a long-standing commitment to developing critical methodologies to investigate mental health inequality. At the centre of this work is an epistemological concern with how we generate knowledge on social disadvantage and marginalisation. This has ranged from a critique of qualitative interviewing practice which privileges linguistic capital (McDermott, 2004), through to my recent innovations utilizing online qualitative methodologies to research youth suicide (McDermott, 2010, McDermott & Roen, 2012, McDermott et al., 2013).

What are the views of people affected by cancer and other illnesses about end of life issues? professional and patient perspectives.
01/08/2004 → 31/01/2005
Research 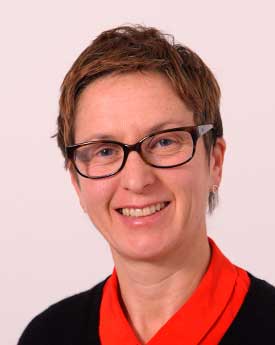