I am interested in the pathological role of misfolded 'amyloid' proteins in a range of different human diseases, including some important neurodegenerative diseases, such as Alzheimer's disease and Parkinson's disease, and also Type 2 diabetes.

My research is concerned with the devopment of peptide-based inhibitors of amyloid aggregation as a novel approach to treatment of these diseases, and on the development of new blood-based biomarkers for improved early diagnosis. I am also interested in the interaction between amyloid proteins and redox-active metal ions, and the role that this might play in tissue damage.

My research is supported by the Defying Dementia campaign (http://www.lancaster.ac.uk/defyingdementia/)

Projects in my laboratory include:

The formation of fibrillar aggregates is a common feature of numerous different 'protein conformational' diseases. In these diseases, normally soluble proteins are deposited in the form of insoluble fibrils inside and/or outside of cells. Extracellular fibrillar deposits (often called 'amyloid') can be found in many different tissues and organs throughout the body. Localised deposits are found in some diseases, such as Type 2 diabetes, where they are restricted to the pancreas, and some important neurodegenerative diseases, where they are found in the brain and central nervous system. My research is concerned with the pathological role of these misfolded proteins.

There are three major aspects to my research:

We are studying the potential mechanisms by which the accumulation of protein aggregates can lead to cellular degeneration and loss and have discovered that the aggregating proteins implicated in Alzheimer's disease, Parkinson's disease, prion disease and Type 2 diabetes all have the common ability to generate hydrogen peroxide. They do this through key interactions with redox-active transition metal ions, particularly iron and copper ions. Our hypothesis is that tissue damage caused by the formation of 'reactive oxygen species' could be a common mechanism of cell damage in several different protein misfolding disorders. This also ties in to our recent studies on brain magnetite.

A further aspect of our research is the detection of proteins implicated in the pathogenesis of neurodegenerative disease as potential biomarkers in blood. There are two main aspects to this work:

Recently, we carried out the first longitudinal study on α-synuclein as a biomarker for Parkinson's disease (supported by MRC) and are developing other blood-based markers for Alzheimer's disease.

Blocking the formation of early toxic protein aggregates could be a novel approach to the treatment of protein misfolding diseases. We have recently developed retro-inverted peptide aggregation inhibitors that could provide a new treatment for Alzheimer's disease, and are following a similar strategy for late-onset diabetes. We have also found that the potency of these inhibitors can be greatly improved by attaching them to nanoparticles.

PhD projects are available in all of the research areas described above. 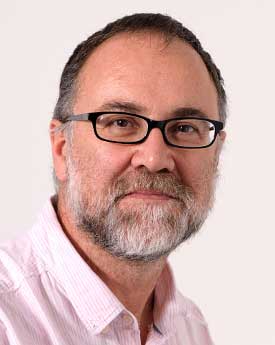